It’s an often quoted phrase that necessity is the mother of all inventions. Rozenburg Windwall, located in the Netherlands (Port of Rotterdam) is an apt example of utilisation of this phrase in the real-life scenario. Constructed in the 1980s, the Rozenburg Windwall acts as a buffer between the harsh billowing winds that slow down the shipping traffic operating on the Canal of Caland.

Importance of the Canal of Caland

Although a narrow water conduit, the Canal of Caland is an important navigation route for vessels wanting to enter the harbour township of Brittaniehaven. Presently the canal is used as the primary marine passage for the transportation of car carriers and other larger ships.

Although the Canal of Caland is an important water route, the passage had always been troubled by the incoming onslaught of wind. However in order to ensure the preservation of the natural beauty of the canal and its surrounding locale, the construction of the buffering system was carefully planned. 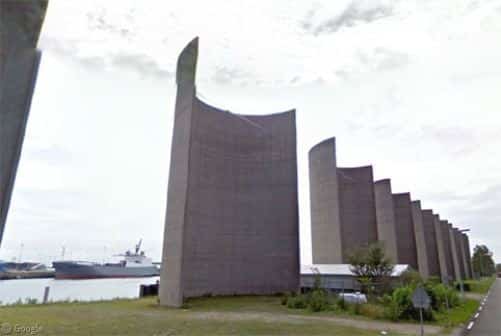 The Rozenburg Windwall was thus the result of thorough understanding of the canal’s route especially along the Bridge of Calandbrug. The construction of the Rozenburg Windwall was carried out based on the guidelines and expertise provided by Maarten Struijs and Frans de Wit. These two professionals have been credited with coming up with innumerable displays of such constructional splendour. 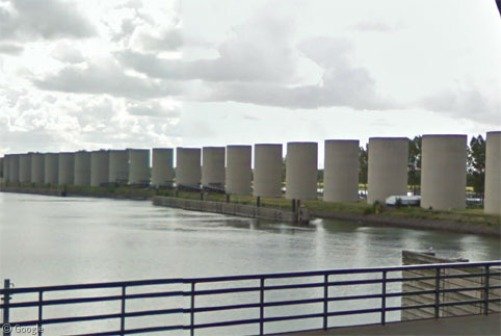 Quite appealing to an observing eye, the Rozenburg Windwall has been shaped and grounded in a particular pattern. In the southern part of the Canal, the Windwall is shaped in the form of semi-circles with a height of almost 25 metres. As one progresses towards the Bridge of Calandbrug however, the semi-circle circumference of the Windwall is substantially reduced with each wall also positioned quite closer to each other. Since the wind activity is said to be quite rough around the Bridge, such an altering of the wall’s positioning has helped maintain the continuity of the shipping activity on the Canal. 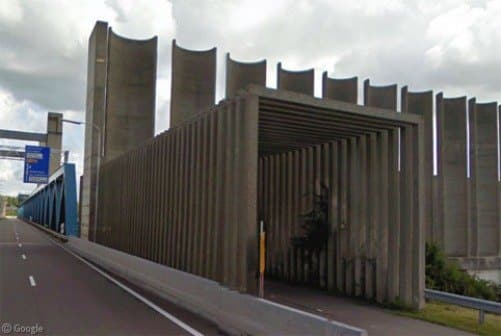 This shape of the Windwall has been further altered at its Northern side. The Windwall positioned at this side are shaped in the more conventional squared wall-like pattern.

Advantages of the Windwall and Effects

The Windwall has been quite instrumental in restricting the wind interference by nearly 75%. This high percentage has also translated to better shipping operations in the Canal of Caland thus making the waterway and the Rozenburg Windwall quite famous across the world.