You are here: Home › Marine Ports › The Port of Rotterdam – The Biggest Port of Europe
TwitterFacebookLinkedInPinterestBuffer

The world’s third biggest and Europe’s biggest port is located in the Netherlands. The Rotterdam port ranks third behind Asian giants, Shanghai and Singapore ports being first and second respectively.

The Rotterdam port has been a pivotal marine infrastructural point in Europe right from the last 13th century where a hamlet was created specifically to cater to the fishing industry of that era.

Over the next century, the port’s importance and relevance had increased considerably because of a canal construction which further enhanced the port’s reach to countries like Great Britain and Germany to its north. 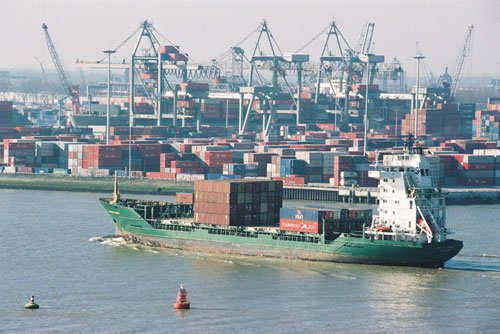 After experiencing several highs and lows because of international conflicts and wars, the Rotterdam port once again thrived during the mid-1900s, especially after the culmination of the Second World War saw a thorough rejuvenation of the shipping sector.

In terms of accessibility, the port is well connected through rail networks and road networks. In the latter part of the 19th century, in order to connect the Southern part of Netherlands to the port, a rail route was built from the port across to the River Meuse as a part of the port’s development plans. This over-bridge accentuated the port’s connectivity and outreach. 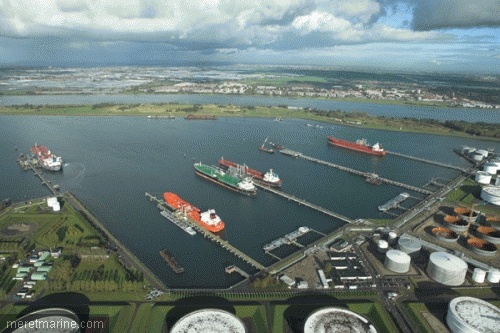 Having an area of over 100 square kilometres, the Rotterdam port has a length of 40 kilometres with a pier lengthof about 89  kilometres. Along with more than 20 moorages and over 120 bulwarks, the Rotterdam port has nearly 95 depots disambiguated  for liquid and dry cargo, cruise liners and also for vessels navigating internally. Along with this, the port also has tug boat facilities (29) and piloting boat facilities (six).

Under the operational authority of the Port of Rotterdam Authority, the port has undergone various constructional developments. The most prominent one of these is the Maasvlakte 2 harbour, which is expected to begin operations in the coming couple of years. A tank depot known as Boltek is also expected to get a constructional boost. This construction, to widen the area of the depot by five hectares, began this year and is expected to be completed by 2013. 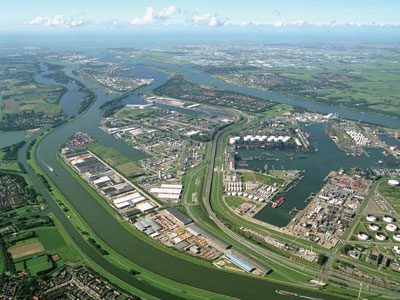 The port’s security systems are top-notch and meet all the requirements of the ISPS regulations set by the international maritime authority. In addition to this, screening systems for containers and television monitors to oversee the entire port have also been equipped in the port to ensure safety.

In the year 2010, the port saw an output of more than 400 million tons of cargo while further increase in output is expected to come the port’s way for the year 2011. These positive figures are the highlight of the port’s sustenance in the international maritime community, following a bleak time-period experienced in 2008 and 2009.