You are here: Home › Know More › 6 Bosphorus Strait Facts You Must Know
TwitterFacebookLinkedInPinterestBuffer

Bosphorus strait is a natural strait, located in northwestern Turkey, connecting the Black Sea to the Sea of Marmara. Also known as the Strait of Istanbul, this water way links the European part of the city from its Asian part and thus remains as a very strategic waterway in the region.

For centuries, the Bosphorus strait has played a major role in world maritime trade.

How long is Bosphorus Strait?

This important maritime transit route of Turkey has maximum width at the northern entrance, and a minimum width between the Ottoman fortifications of Rumelihisarı and Anadoluhisarı, becoming one of the world’s most difficult waterways. The strait has a maximum depth of 110 meters (360 ft).

What is Bosphorus Strait Important?

Bosphorus Strait has a significant place in the international maritime map as it is a busy waterway that witnesses the presence of many ships and oil tankers every day, in addition to the local fishing and passenger boats.

The Bosphorus strait’s importance lies in the fact that is a significant shipping route that links the Black Sea with the world’s oceans. 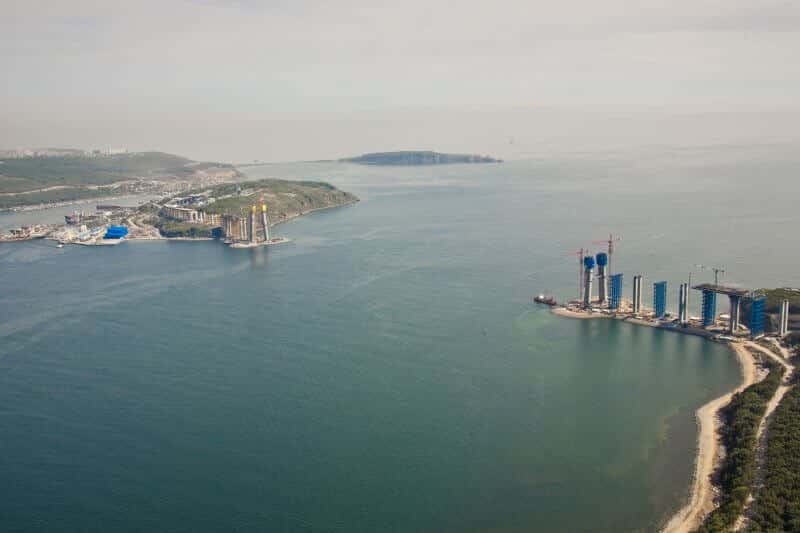 As seen in the map, the Bosphorus strait map in an important shipping channel with strategic location. 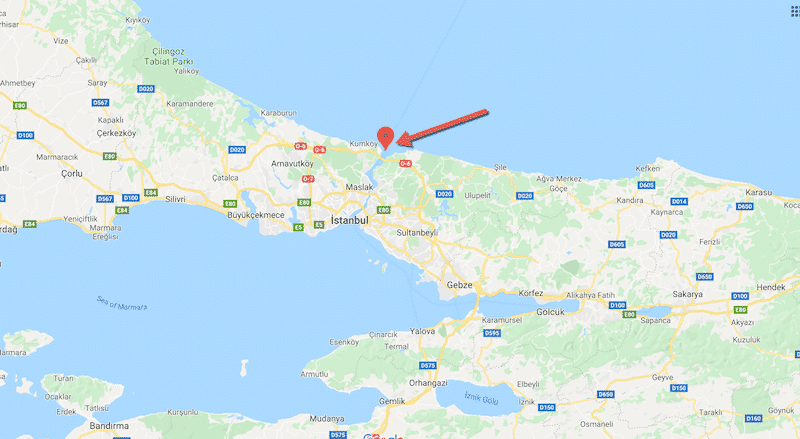 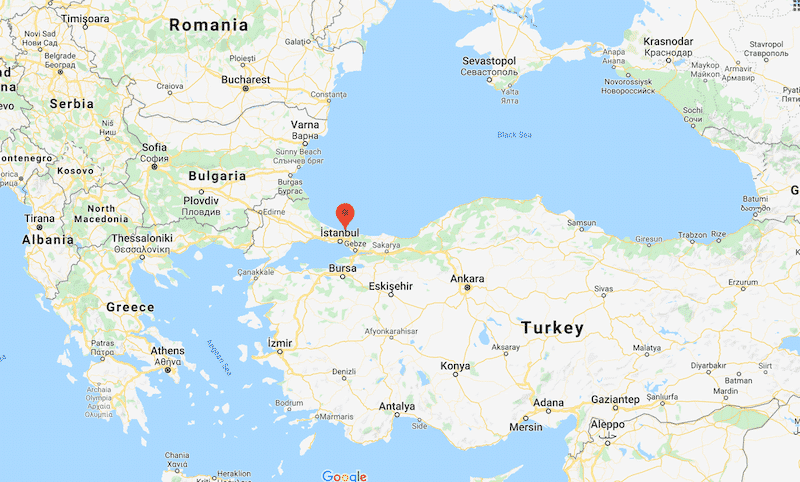 Here are some important facts about the Bosphorus strait of Turkey.

The increasing number of vessels passing through the Bosphorus strait makes is one of the world’s busiest maritime passages. It is estimated that the strait makes way for around 48.000 ships annually, which is reportedly three and four times denser than the traffic of Suez Canal and the Panama Canal respectively.

But, the number of vessels passing through the strait has decreased since 2002, thanks to the new restrictions placed on oil tanker transit in 2002, banning the nighttime transit for ships longer than 200 meters.

However, it is estimated that the strait witnessed the passage of 43544 ships in 2015.

The Bosphorus strait is one of the world’s most difficult waterways to navigate, thanks to the narrow width at some part of the waterway. The strait is only half a mile wide at the narrowest point, posing a hurdle to the oil tankers and other vessels using the strait.

In addition, the extremely fast current in the strait also adds to the difficulty.  The current flows from north to south and the subsurface countercurrent result in swirls and eddies. Similarly, the winds from the north make it very difficult to move from the other end.

Chokepoint for the maritime transit of oil – Popular Shipping Route

The Bosphorus strait is one of the world’s important maritime routes for the transportation of oil from the Caspian Sea region and Russia to regions including Asia, Western and Southern Europe.

The strait is also the primary oil export routes for Eurasian countries such as Azerbaijan and Kazakhstan. It is estimated that more than 3 pct of global supply or, in other words, around 3 million barrels of oil per day and 20 million tons/year of petroleum products passes through this iconic waterway.

The position of Bosporus strait, which connects the Mediterranean to the Black Sea, makes it a hub of fishing activities. The nature of currents and the differences in the temperature water attract fish to the strait, contributing to the economy of the region.

The fish variety available in the strait differs according to the season, thanks to the migration of fish between the Black Sea and the Marmara Sea in different times of a year. In addition to fish, the strait acts an ecological tunnel that hosts the two-way passing of a variety of marine organisms between the two waterbodies.

There are three suspension bridges over the Bosphorus Strait, shuttling traffic between two continents. The first Bosporus Bridge, 1,074 m (3,524 ft) long, was opened for business in 1973, while the second (Fatih Sultan Mehmet Bridge), 1,090 m (3,576 ft) long suspension bridge in a 5 kilometer distance from the other, was completed in 1988.

The third, Yavuz Sultan Selim Bridge, was inaugurated in 2016. Located at the entrance from the Black Sea, the bridge has a length of 1408 meters (4619 ft). These bridges, built over deferent decades, create a vast network of roads and contribute significantly to the movement of goods in and out of Turkey. 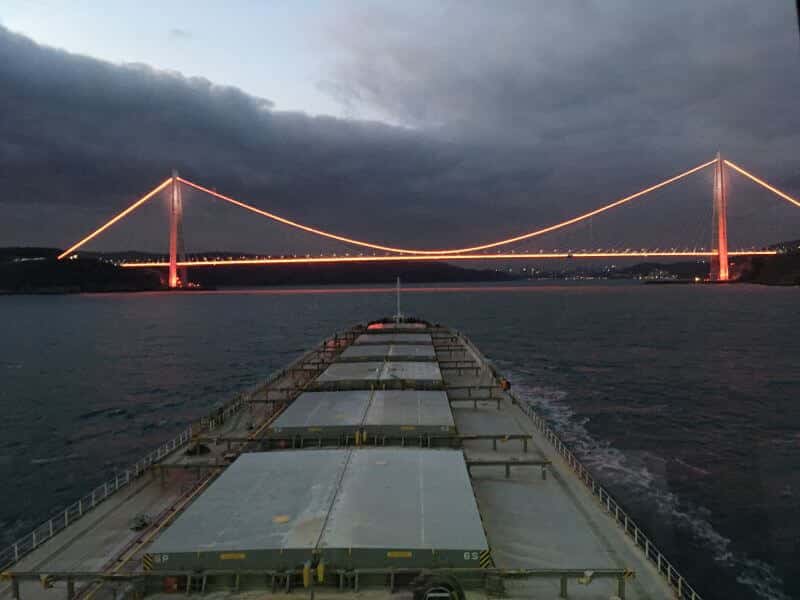 The Bosphorus strait has two tunnels are passing under it. One, called Marmaray, runs between the neighbourhoods of Uskudar and Yenikapi.

Opened in October 2013, this commuter rail line tunnel has a length of 76.6 km (47.6 mi) between Europe and Asia. The second tunnel is called as Eurasia Tunnel and runs between Kazlicesme and Goztepe neighbourhood in Asia and Europe respectively. Open in December 2016, the tunnel allows the entry of cars and minibuses.

Do you know any other important Bosphorus strait fact that can be added to this list?

COVID-19 And The Passenger Shipping Industry

10 Major Launches of The Maritime Industry in 2013

What is Ship-Shore Interface Management in the Shipping World?