You are here: Home › Guidelines › Different Parts Of A Ship Explained
TwitterFacebookLinkedInPinterestBuffer

A ship is like a floating city having several different parts. However, we can’t imagine a ship without its three main parts which are: The Hull, an engine room and a navigation bridge.

To understand parts of a ship, one must have to go through some common terms.

The most forward part of a ship is called a Bow, the left-hand side of the ship is referred to as port whereas the right side is called starboard. Likewise, the front side is termed as forward and back side as astern.

Related Read: What’s The Importance Of Bulbous Bow Of Ships?

Now let us discuss some main parts which are common to all types of ships.

Related Read: What is Monkey Island on Ships? 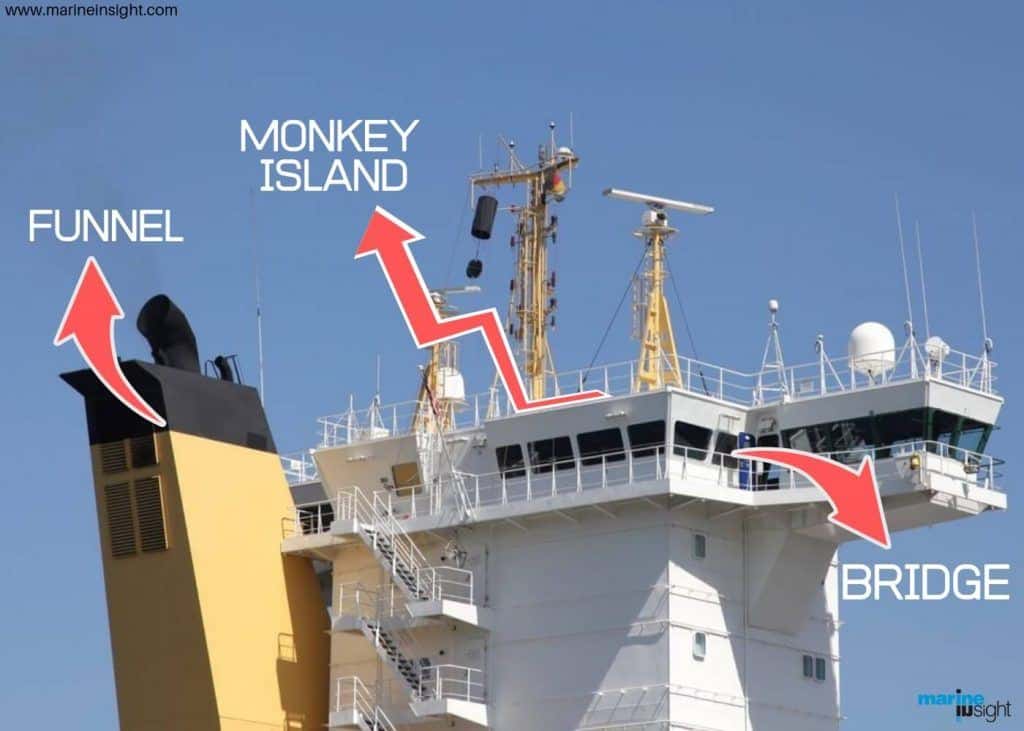 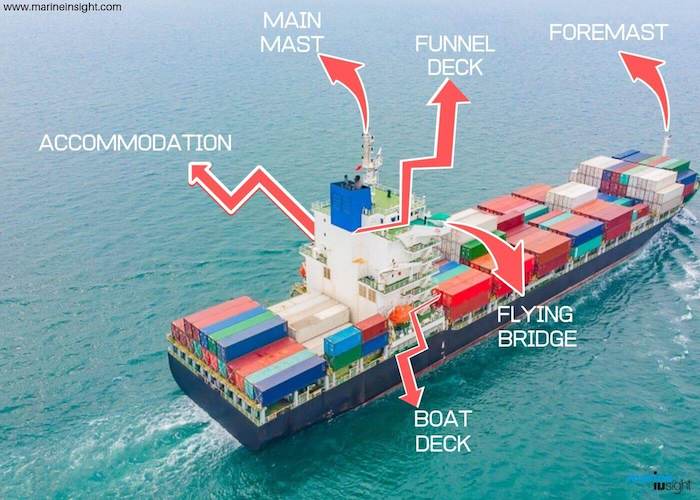 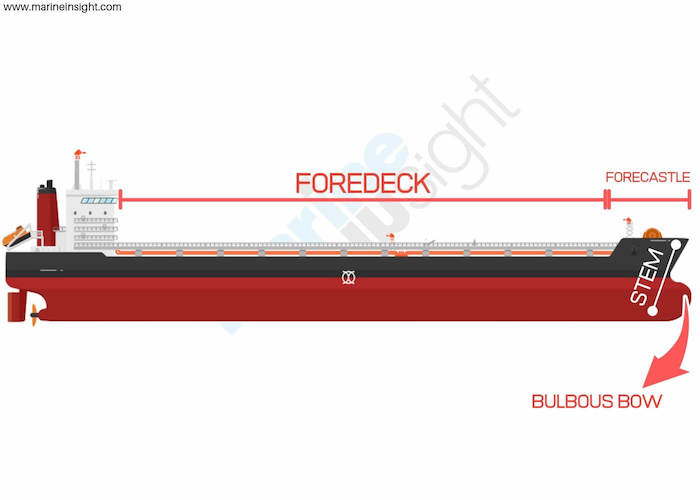 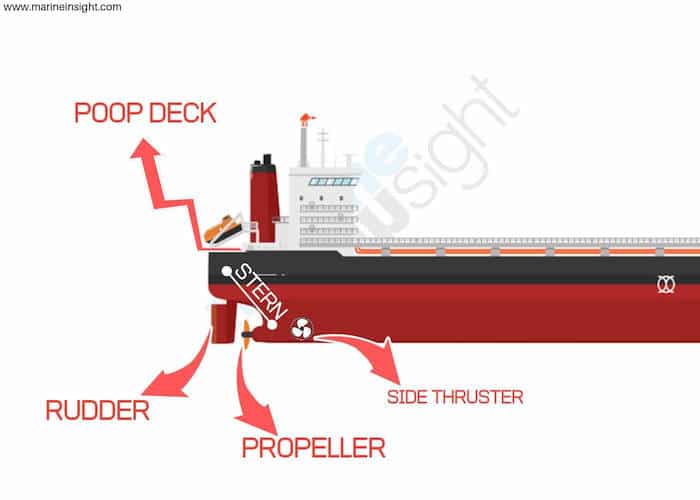 Related Read: A Guide To Ballast Tanks On Ships 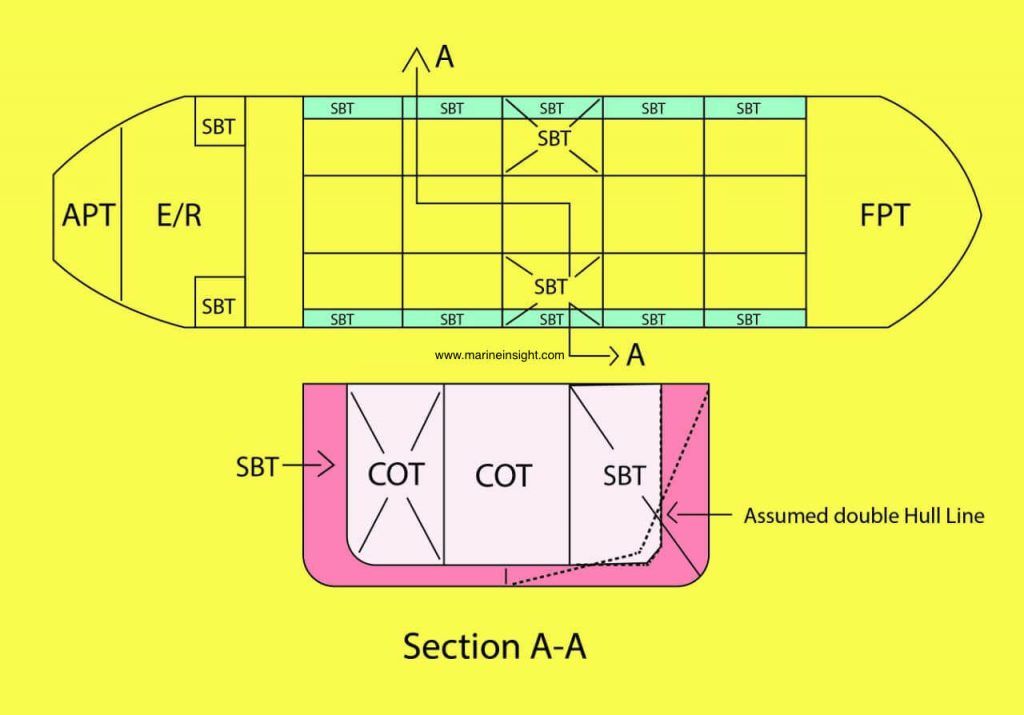 Related Read: Importance Of Ship’s Keel and Types Of Keel 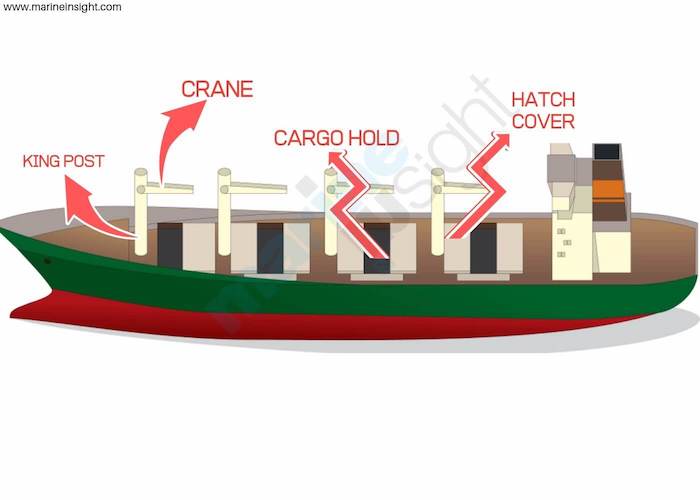 The ship, an important source of trading through seaways, may be made up in different styles and sizes. Some parts are called essential parts which are common to all ships but others are just accessories to provide luxurious or improved shipping.

All the parts which form the ship should be checked for proper working and precautions should be taken for risky equipment.

Three necessary parts of the ship are hull (the main body of the vessel), navigation bridge (helps in directing the ship in the proper direction) and engine room (propels ship or helps in moving). However, today modern ships are equipped with the most modern equipment and technologies to its different parts to improve voyage at sea.

7 Important Points To Consider While Filling Out Engine Room Log Book
Want to share your tips and advice? Got questions? Visit the community forum to ask questions, get answers, meet people, and share your tips!

Bhuvan Jha is a second officer sailing with Seaspan Ship Management. A new columnist, he loves photography and sailing. Bhuvan also holds a degree in MBA from Middlesex University, London and has a great inclination towards writing.