In ship’s engine room, a number of gauging instruments display various important parameters such as level, pressure, temperature etc. But there are some essential parameters which cannot be read directly through any instrument as they depend on a number of dynamic factors.

This demands the marine engineer working onboard ships to do some formula based calculations by considering all those factors and with possible available inputs. Of all the important calculations that are to be done on board ships, there a few ones which marine engineers must know without fail.

Following are 3 important parameters that are most often required to be calculated by marine engineers for record-keeping:

Bunker terms to fuel oil in the maritime industry. Bunker quantity calculation is the most important calculation which every marine engineer should be familiar with throughout his career. Bunker fuel, being a highly valued product, has to be very carefully and accurately calculated for determining the quantity.

The volume of a definite quantity of bunker increases with an increase in temperature whereas its weight remains the same. For this reason, the bunker is always ordered and measured in weight and not by volume.

Also, all the energy and efficiency calculations of fuel onboard ships are calculated in terms of the mass of the fuel rather than its volume. (Calculation of bunker fuel quantity in weight involves many factors to be considered making it more complex.)

Mostly, the fourth engineer will be the deputy of the Chief engineer for receiving bunker & measuring the bunker quantity for maintaining records.

Mentioned below is the procedure for measuring and calculating the bunker quantity:

Related Read: 15 Practical Tips For Bunkering and Storage of Fuel Oil On Ships

The basic formula used for calculating the bunker quantity in weight is:

The formula used to calculate the Temperature Corrected Density is:

Where:
T = temperature of oil in bunker tanks in degree Celsius,
0.00064 = Correction factor

Since the bunker oil is normally supplied to the vessel at a temperature higher than 15⁰C, the formula used for calculating the bunker quantity in weight will be:

The corresponding values of each tank are tabulated for easy reading and the total weight of bunker quantity is calculated. 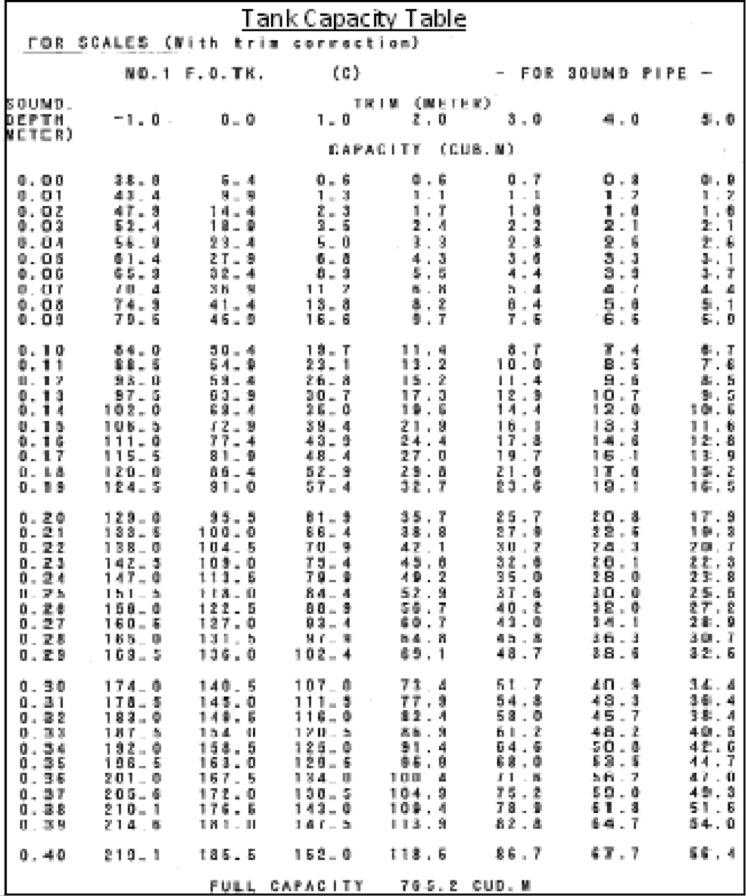 Specific fuel oil consumption is the measure of the mass of fuel consumed per unit time to produce per KW. The marine engine efficiency is usually determined using the SFOC.

In order to achieve accuracy, the fuel consumption and power developed is always measured over a suitable time period on a good weather. The formula used for calculating SFOC is: 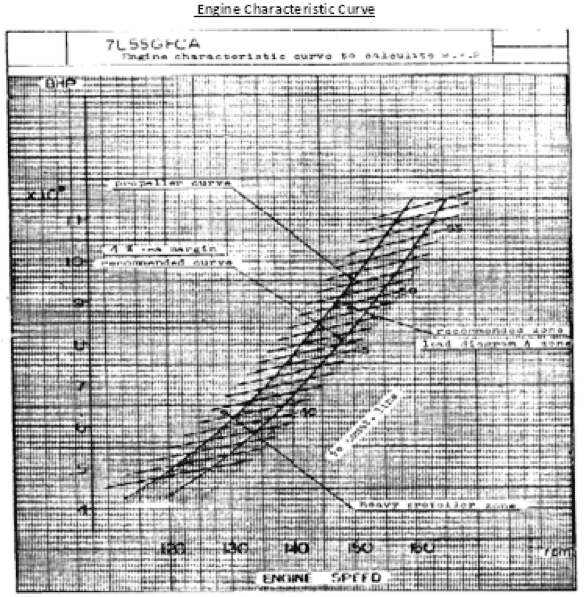 Slip is considered as the difference between the speed of the engine and the actual speed of the ship. It is always calculated in percentage. Positive slip is influenced by various reasons such as fouled bottom or hull part which offers resistance to the movement of the ship, environmental factors such as water current and wind against the ship direction. The slip may be negative if the ship speed is influenced by following sea or wind. Engine slip is calculated daily onboard the vessel and recorded in the logbook.

Obtaining the accuracy of value in all the above calculations are always challenging onboard as the parameters recorded are more sensitive to dynamic conditions of the ship and also depends on various environmental factors.

Do you know any other important calculations that can be added to this list?

Ananth is a MEO class IV competency certificate holder, working with the Great Eastern Shipping company. As a marine engineer, he has sailed on both bulk carriers and oil tankers. When not sailing, he likes to share his seafaring knowledge and experiences with fellow maritime professionals.