A general cargo vessel was in port loading packaged timber. The ship was moored to a large barge equipped with a knuckle boom crane. This was being used to load the ship, together with one of the ship’s own cranes. Two stevedores worked together in the ship’s cargo hold, directing the loading and uncoupling the sling. No other member of the stevedoring team was on board to act as signalman or hatch boss to supervise and control the loading operation from the ship’s deck.

The ship’s crane had difficulties reaching certain zones of the cargo hold; this resulted in the crane arm being operated close to or even beyond its lower limit. When cargo handling had been ongoing for around a day and a half the topping cable released from the winch drum and the crane arm fell into the cargo hold, landing about half a metre from the stevedores. Fortunately, there were no physical injuries. 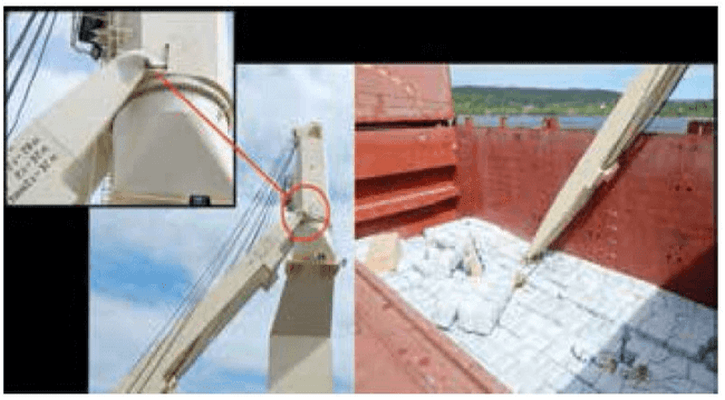 The official SHK investigation found, among other things, that: