A two-year-old Panamax tanker was at anchor awaiting berth space to discharge a last parcel of cargo. The anchorage area was clear of obstructions and far from shore, the sea bed consisting of mud. During the night the weather conditions were good with a NE’ly winds force 3 and currents were not very strong. These conditions led us to believe that the anchor would hold well.However, during watch handover the 2/O informed the relief that the vessel had dragged about half a cable to the SW. Subsequent monitoring of the vessel’s position confirmed a slow drag but luckily the pilot was due on shortly. As the anchor was lifted the bosun informed us that one fluke was missing. Everyone was amazed that a fluke from an anchor weighing 10,500kg had been broken in such benign conditions.Once the anchor was on board everyone was very surprised to see the condition of the steel. Incredibly, we even found small pieces of rags trapped by some cement or plaster within the cast metal. 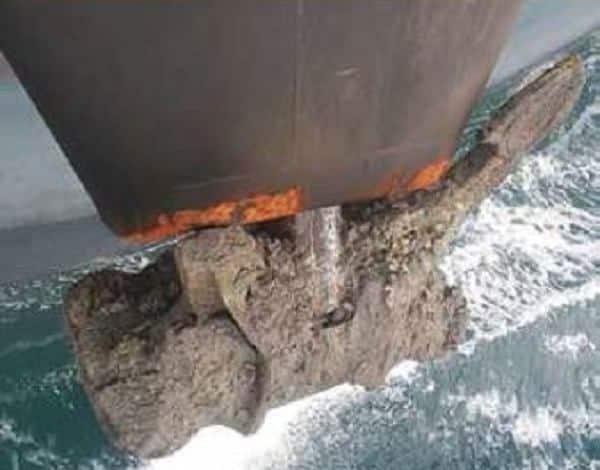