A laden tanker drawing 12.75m was inbound in a restricted waterway. It was being conned near the centre of the main channel at a speed of about 7.5 knots. On the starboard side, outside the main channel, was a secondary channel used by smaller vessels such as tugs and barges.

The tanker’s bridge team had observed, by radar, a tug pushing a barge in the secondary channel about 6 nautical miles ahead and they were due to overtake the tug in the near future. An agreement was reached between the pilot of the tanker and the tug Master. The customary arrangement is that the tug and barge assume an angle (a) with the channel as the larger ship overtakes in order to reduce hydrodynamic effects and retain manoeuvrability, as shown in the diagram below. 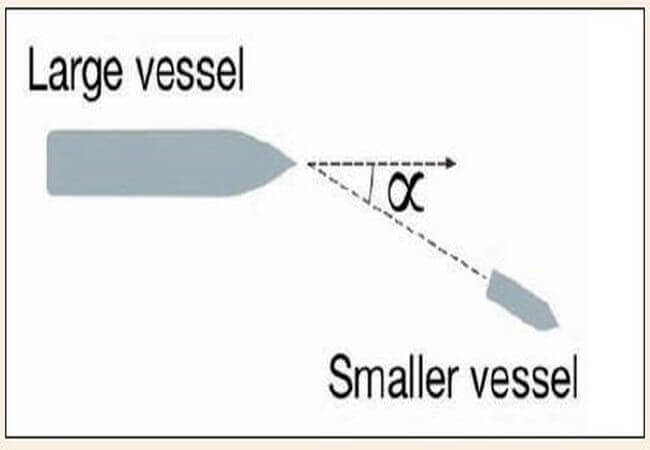 As the two vessels began to close, the tug and barge were seen to be at the limit between the secondary channel and the main channel (if not totally in the main channel), and the tug-barge combination had not taken the expected angle to reduce hydrodynamic effects. As the tanker approached, the tug Master reported difficulty steering. During the overtaking manoeuvre, the tug Master was unable to control his vessel and the barge. The units sheared to port and made contact with the stern of the tanker.

Real Life Incident: Collision Of Ships Occur Due To Fog, One Vessel Sinks