One of our general cargo vessels was discharging units of wood pulp into the cargo hold of a small inland river barge using the ship’s crane and a spreader. During one of the lifts (total weight of 36.6 MT including spreader) and with the load approximately 1.5 metres above the layer of wood pulp already loaded in the barge, the cargo runner wire failed 10 metres from the block. The wood pulp units landed with considerable force inside the barge along with the spreader, hook and electrical wires.

The crane in question had been inspected by a reputable classification society three weeks earlier and no defects had been found. 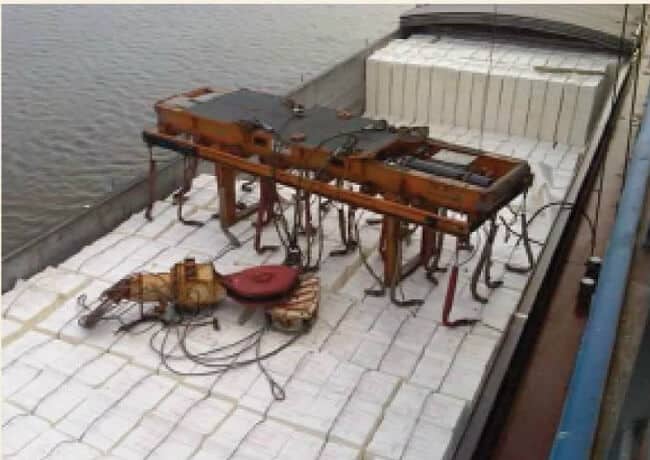 However, both the luffing and runner wires of the crane had been installed some 10 years earlier. The certificate for the cargo runner wire (36mm, 7×34 galvanised) had a certified breaking strength of just over 1205 KN. The crane manufacturer’s manual on board states that the life of a rope depends on many influences. The ropes are mainly subject to internal friction and corrosion.

However, a rope is to be changed after five or six years of service.

The company investigation found that: