Two vessels were about to meet at the end of a buoyed channel. Visibility was reduced by fog to about 100 metres. Vessel A had a pilot on board and the pilot boat was secured on the port side ready to board the relief pilot. The vessel was making way at near nine knots in order to match the speed of the pilot boat and was sounding the prescribed fog signal.

Vessel B was approaching from the south and had to enter the channel obliquely due to a lighthouse on its port side. The speed was between 11 and 12 knots and the plan was to swing to starboard after passing the red buoy and to keep the speed in order to counter the two knot northeasterly current. Vessel B was not sounding the prescribed fog signal for reduced visibility. 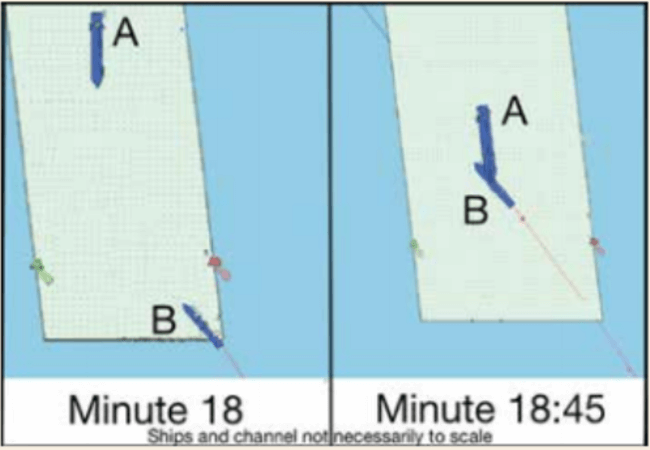 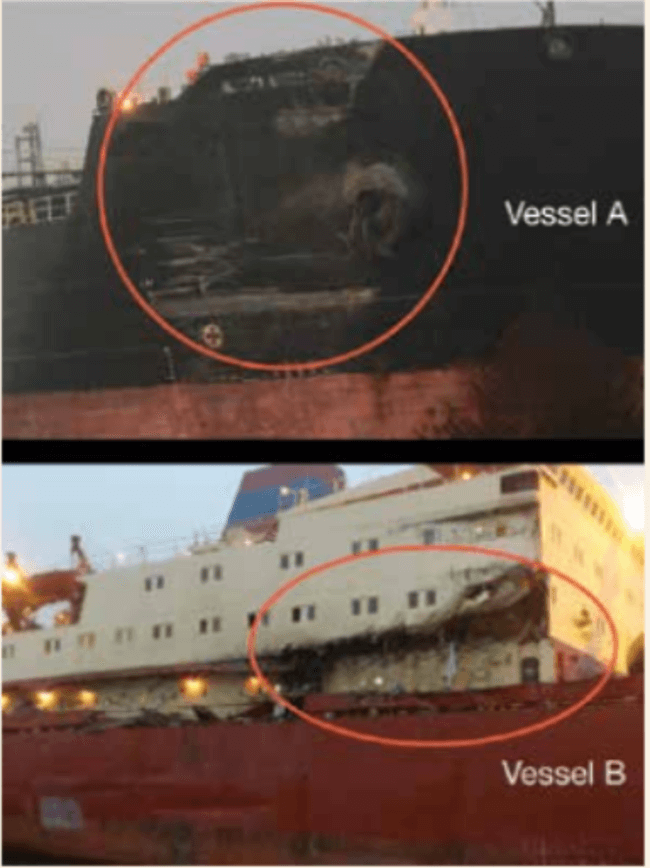