Statoil and its partners this week put the first subsea gas compression facility on line at Åsgard in the Norwegian Sea. Subsea compression will add some 306 million barrels of oil equivalent to total output over the field’s life .

This subsea technology milestone opens new opportunities in deeper waters, and in areas far from shore.

“This is one of the most demanding technology projects aimed at improving oil recovery. We are very proud today that we together with our partners and suppliers have realised this project that we started ten years ago,” says Margareth Øvrum, Statoil’s executive vice president for Technology, Drilling and Projects.

Recovery from the Midgard reservoir on Åsgard will increase from 67 percent to 87 percent, and from 59 percent to 84 percent from the Mikkel reservoir. Overall, 306 million barrels of oil equivalent will be added. 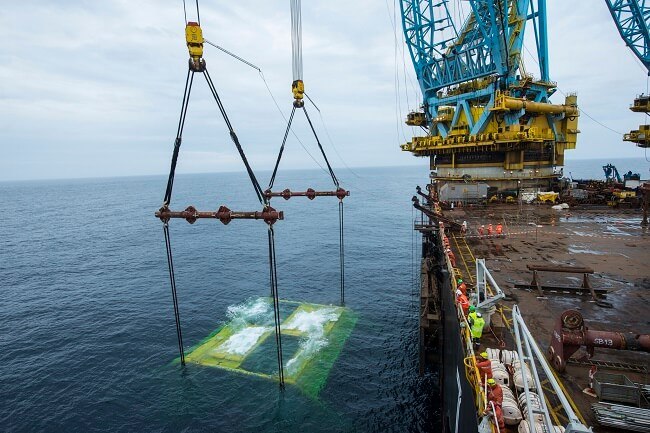 “Thanks to the new compressor solution we will achieve increased recovery rates both at Midgard and Mikkel, extending the reservoirs’ productive lives until 2032,” says Siri Espedal Kindem, senior vice president for Åsgard operations.

Traditionally compression plants are installed on platforms or onshore, but this plant is located in 300 metres of water.

Due to the challenging location, quality in all parts of the project has been essential, and will help ensure high regularity, maximum recovery and robust production.

The project started in 2005, and the plan for development and operation (PDO) was approved in 2012.

An estimated eleven million man-hours have been spent from the start until completion. More than 40 new technologies have been developed and employed after prior testing and verification. Some of this work has taken place at Statoil’s Kårstø laboratory in Western Norway.

Overall, project cost were just above NOK 19 billion. Many small and big suppliers have helped to develop the sophisticated underwater compressor system.

Establishing the necessary support functions onshore has been an important and substantial part of the project. A spare compression train will be stored in custom designed halls at the onshore supply base Vestbase in Kristiansund.

Technology for the future, and new potentials

The Midgard and Mikkel gas reservoirs have been developed using subsea installations. The two gas compressors now installed on the seabed are located close to the wellheads.

Moving the gas compression from the platform to the wellhead substantially increases the recovery rate and life of the fields. Prior to gas compression, gas and liquids are separated out, and after pressure boosting recombined and sent through a pipeline some 40 kilometres to Åsgard B.

In addition to improving recovery subsea gas compression will be more energy efficient than the traditional topside solution. The technology reduces significantly energy consumption and CO2 emissions over the field’s life.

“Subsea gas compression is the technology for the future, taking us a big step closer to our ambition of realising a subsea processing plant, referred to as the subsea factory”, says Øvrum.

Such a plant will facilitate remotely controlled hydrocarbon transportation. Current topside operations will thus be moved to the seabed, allowing oil and gas to be recovered that would not otherwise be profitable. This is an important element of increased recovery on the Norwegian continental shelf.