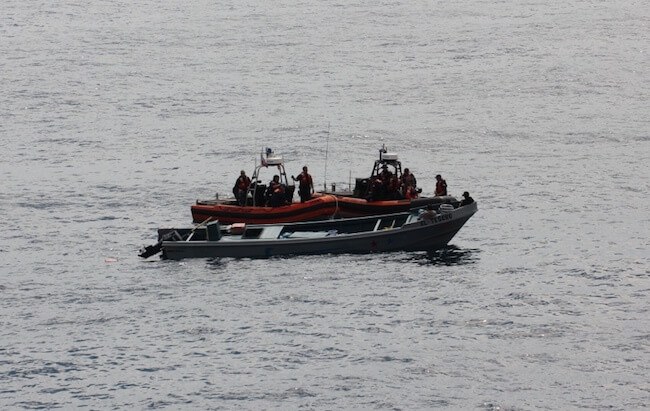 “I couldn’t be more proud of the hard work and dedication of my crew, and the men and women of the interagency aircrews and support networks ashore,” said Cmdr. Alain Balmaceda, Steadfast’s commanding officer. “Their teamwork was vital to successfully combating transnational organized crime in drug trafficking zones over the past several months. Knowing we stopped tons of drugs from reaching America’s shores and the streets of our allied nations in Central and South America made this deployment over the holidays even more rewarding.”

Steadfast crewmembers also conducted a search and rescue case during the patrol. Three fishermen were stranded 300 miles off the coast of Mexico due to an engine failure. After initial detection by aircraft, the Steadfast crew navigated to the position of the vessel in distress. Once on scene, Steadfast assisted the distressed fishermen, taking them aboard and providing food and shelter until the fishermen could be returned to their country of origin. The three men stated they were adrift for 15 days. 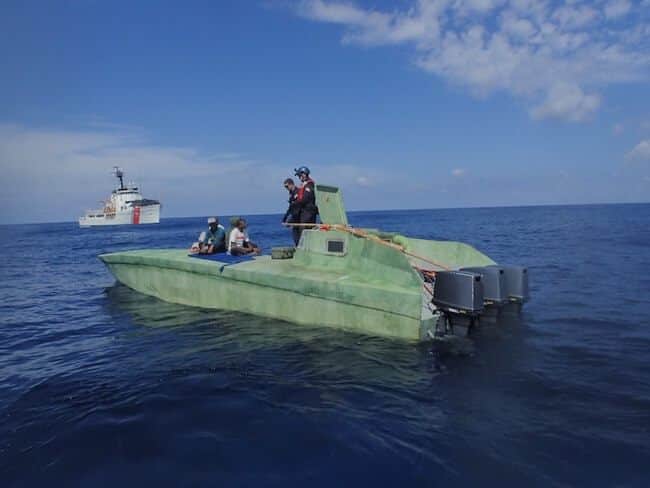 Senior search and rescue coordinator Petty Officer 1st Class Derik Schaefer says the fishermen’s experience should be viewed as a cautionary tale by the public.

“Always tell someone where you’re planning on fishing and when you expect to return,” Schaefer said. “Bring your lifejackets and a VHF-FM radio, and check the weather before getting underway.”

Steadfast crewmembers also conducted interagency training off the coast of Southern California with members of a Coast Guard Maritime Safety and Security Team and U.S. Navy aircrews. MSST members conducted vertical insertion exercises from Navy helicopters onto the Steadfast during the interagency training. The focus of the training was the tactical insertion of Coast Guard law enforcement teams onto vessels by fast roping from a Navy helicopter to the Steadfast.

“During this deployment, Steadfast and her crew sailed over 11,000 miles, and their success ensured the maritime safety and security in the Eastern Pacific Region,” added Balmaceda.