In this project, information, such as other ships sailing around the vessel and landmarks like buoys at sea, can be shown on tablets and other displays, based on data from the Automatic Identification System (AIS).

Images of landscapes taken from the bridge can also be shown on the same tablets, and these images will overlap with AR to provide visual support to crewmembers operating ships and keeping watch during voyages. 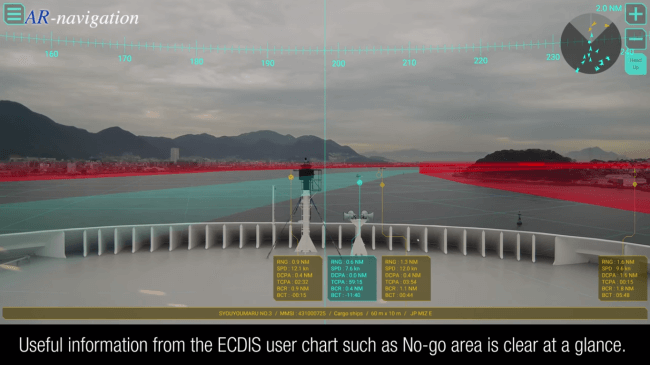 The AR display screen was upgraded based on the feedback of an initial trial that started in March of this year using a next-generation FLEXIE car carrier, the Beluga Ace. 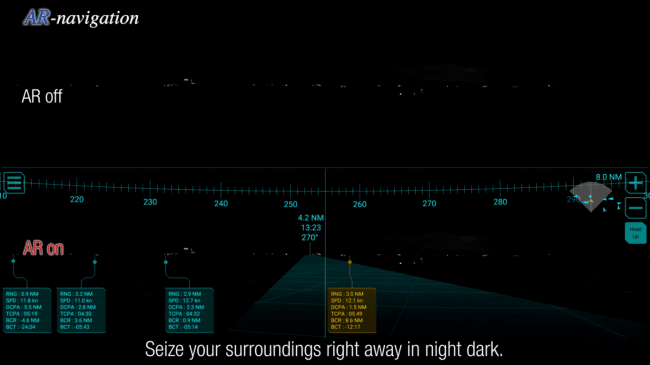 An experimental version of this upgraded system will be installed aboard the newbuilding VLCC Suzukasan, which is slated for delivery on October 12, to continue demonstration tests aimed at verifying the performance of the AR display screen. The system, which supports ship operation and watch-keeping, will be installed on additional vessels in succession.

MOL has moved ahead with advanced support of safe operation and reduction of its environmental impact, as set out in the “ISHIN NEXT – MOL SMART SHIP PROJECT -,” started in November 2016, and aims to become customers’ first choice as a logistics partner by applying ICT technology to improve service quality and efficiency.