Swedish Stena RoRo is expert in building tailored vessels for special needs. The Global Mercy – the world’s largest civilian hospital ship – has been a very special project for Stena RoRo, and after several years of design and construction, the ship is now soon to be ready and leave the Tianjin Xingang shipyard in northern China. Mercy Ships, the international charity that ordered the vessel, expects it to enter service by the end of 2021, after transport to Africa.

Tailored for unique use

Stena RoRo has been responsible for the design, the contracting, and the construction oversight of the complex vessel. In addition to the Chinese shipyard the project includes several European, American and Asian subcontractors. 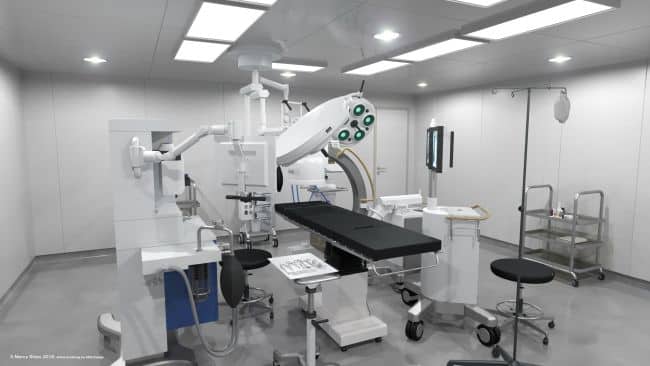 “We have applied one of our concepts on a ship from the RoPax-class, which are passenger and freighter vessels for international voyages, and modified her into a pure passenger ship with hospital capabilities,” says Per Westling, CEO of Stena RoRo AB. “Instead of a car deck, we’ve built operating rooms and hospital wards. The ship will have space for about 950 persons with everything needed for both patients and those who work on board, including grade schools and nursery schools for the children of staff.”

Hospital operations place large and specific requirements, which have affected both the hull design and the layout of the interior. In addition, the ventilation system has been especially adapted and focus has been placed on minimizing vibration and noise. The ship is equipped with large cranes in order to be able to take on containers with provisions, vehicles and other equipment as the ship is to be used for long periods in port.

Vital care to the world’s poorest

Mercy Ships has been providing medical care on ships for more than 40 years. With cooperative agreements by the governments of the beneficiary countries, Mercy Ships hospital ships are in a port in each country for about ten months. Since 2007, the Africa Mercy, a converted train ferry, has made it possible to deliver free medical and dental care to the world’s poorest. It is often a case of basic but completely life-changing surgical procedures. The Global Mercy is the organization’s first newly built hospital ship and will more than double the capacity of Mercy Ships to deliver aid. 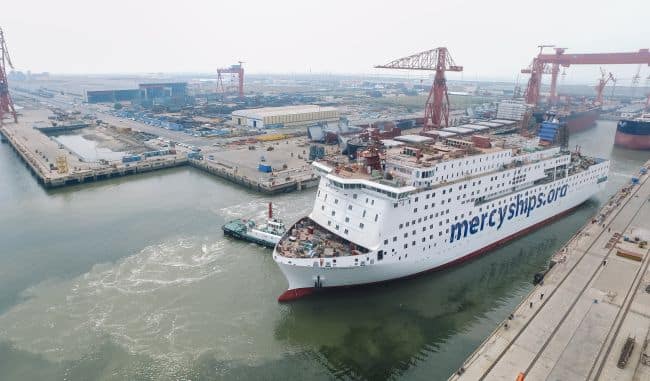 Mercy Ships is also contributing to the sustainable construction of the local infrastructure for medical care by training local health professionals. This is why the Global Mercy is equipped with first-class training facilities, including equipment for virtual reality training and other simulations of care and methods for use in environments with limited resources.

“It feels very satisfying to be able to contribute with our expertise in this project, which will make such a big and important difference to so many people in the poorest parts of the world. Mercy Ships is doing a fantastic job,” says Per Westling, who visited the current hospital ship, the Africa Mercy when she was stationed in Madagascar in 2017.

After completion of the ship in the first quarter of 2021, followed by an equipping phase in the Philippines, Mercy Ships expects the Global Mercy to arrive at a port in Africa for its first mission in the latter part of 2021. Several hundred volunteers from all over the world will be involved, who make it all possible through the donation of their time and skills.