Captain McCue, an American sea captain is going viral all over the world for her savage reply to a sexist commenter who questioned how she could do her job as a woman.

Captain Kate McCue, 42, who commands the Celebrity Edge cruise ship, a 91,000-ton vessel that carries 2,158 passengers and 952 crew, addressed a recent comment on one of her TikTok videos in which a troll asked, “How can you be a captain? Your only a woman.”

McCue appeared on-camera in her uniform for the video and plastered an image of the offending comment on the screen.

She said on the video that “Normally when I’m scrolling through comments, and I see something like this, I totally ignore it and move on with my life, but I think it’s about high time that I address this. It’s 2020, and in this day and age, I’m shocked that someone still doesn’t know the difference between ‘you’re & your’.” 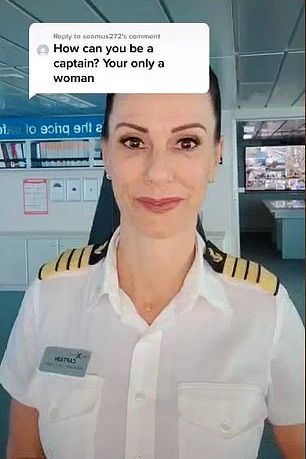 She further calmly explains, “So, a quick reference: ‘You’re’ as in ‘you are’ that is like- ‘You are sexist.’ ‘Your’ is something possessive. It belongs to you, like- ‘your ignorance.’”

“But don’t worry, I’m here for you. If you need any more clarification, you can find me here, in my captain’s chair” she concludes, confidently settling into her seat

Social media users have gone wild for her sassy response, claiming it to be ‘brilliant’ and saying that she she should be given a crown.

The comments appreciating her range from “Queen sat in her throne” to “She really said, ‘Today, our final destination is your grave.’” Other claimed “This is the best: handling ignorance with not only confident class but a well-placed grammar lesson to boot. She totally deserves the Captain’s chair.” 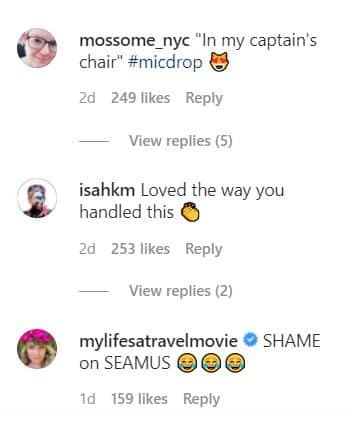 In the year 2015, McCue became the first American woman and fifth woman overall to command a mega-cruise ship carrying more than 2,000 passengers when she took the helm of Celebrity Summit on its trip from America’s east coast to Bermuda.

In March, McCue captained the Celebrity Edge when it set sail from Florida with the first ever all-female crew. It was all a part of the company’s Bridge the Gap initiative, which aims to better represent women in the industry, the trip coincided with International Women’s Day.

McCue told CBS at the time “I think this is the greatest job in the world… traveling, meeting all these people, getting paid for it. It’s amazing.. and [I like] being the boss.” 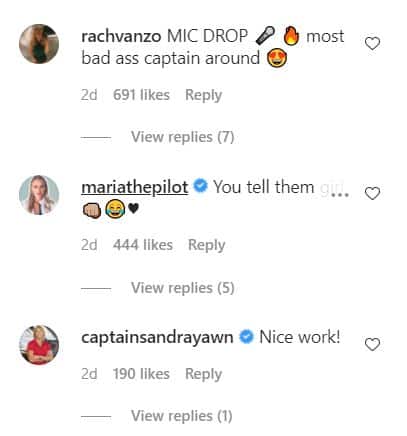 McCue spoke in great detail about what she did to beat the odds, reach her dreams and break down gender stereotypes.

She said “Everyone has a stereotypical idea of a captain and I’m missing some pounds. I don’t have entirely gray hair. I don’t have a beard or a parrot but I think when the guests meet me they’re pleasantly surprised.”

She said but she does keep up one maritime tradition that is, she has also has a tattoo of a compass rose, a ship’s wheel and an anchor ‘to keep her grounded.’

McCue says that she was inspired to follow her dreams by her dad, who had told her when she was 12 that she could do anything, she had shown interest in sailing.

“He told me that you can do anything you want in the world, including drive this thing,” she said.

After her family took a cruise to the Bahamas, she set her sights on becoming a cruise director, and in 1996, she was on her way when she became a cadet at the California Maritime Academy. There she faced many difficulties as the men in the school outnumbered women 15 to one. But she kept going for her dreams, and spent nineteen years on 10 different ships in a variety of roles.