You are here: Home › Videos › Watch: Cargo Ship Sinks In Port Due To Strong Winds
TwitterFacebookLinkedInPinterestBuffer

The video shows the cargo ship Nour M in strong winds at the Port of Rhodes. The vessel, which was detained when the coast guards and custom officials had discovered thousands of bullets and about 20,000 Kalashnikov assault rifles, eventually sank after smashing against the port wall due to strong winds. The accident took place in December 2013.

Officials later discovered that the captain of the ship had entered Syria as his final stop in the AIS (Automatic Identification System) but has changed it to Tripoli, Libya when he was intercepted by the Greek Coast Guard. 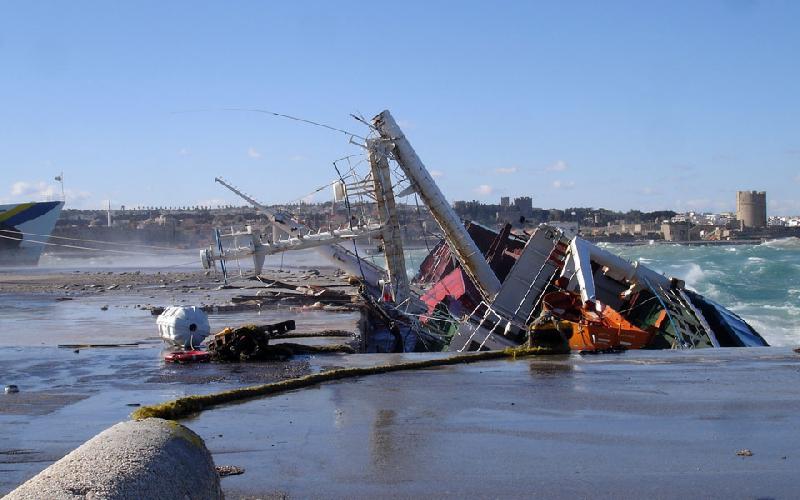 Video of Ship in strong winds:

According to Athens News Agency, the ship was allegedly carrying large quantity of explosives as well. Authorities believe that the ship Nour M was connected with the so-called “Odessa Network”, known as a loose collection of logistics contractors working for Russian and Ukrainian governments. Their activity is to transport weapons to foreign countries like the regime of Syria’s Bashar Al Assad.

The Turkish captain and seven crew members of the Sierra Leone-flagged cargo ship were arrested by the authorities. According to some reports, the ship Nour M sank along with its cargo.

Watch: Ice Breakers On Duty In Freezing Temperatures At Port Of Hamburg

Watch: Anthem of the Seas River Conveyance
Want to share your tips and advice? Got questions? Visit the community forum to ask questions, get answers, meet people, and share your tips!