Team Elastec/ American Marine from Illinois won the first prize this year in the Wendy Schmidt Oil Cleanup X Challenge for making a revolutionary oil skimming machine that skims oil out of water four times faster than any other equipment of the same type. The company was awarded $1 million for its invention.

The Elastec oil skimmer uses a series of grooved plastic discs along with a scrapper attached at the top to separate oil from water. 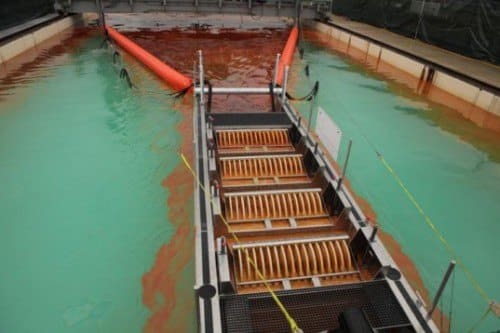 Oil at the surface of water is attracted to the plastic discs, which when spun; create channels for the oil to adhere to. Through these channels the oil is lifted out of the water, put in a trough and pumped to the desired location. The technology is flexible enough to work with both ocean and waves currents.