According to reports, several explosions occurred on the ship followed by a massive fire with black smoke.

The tanker was undergoing repairs at Waruna Shipyard in Belawan, Medan. 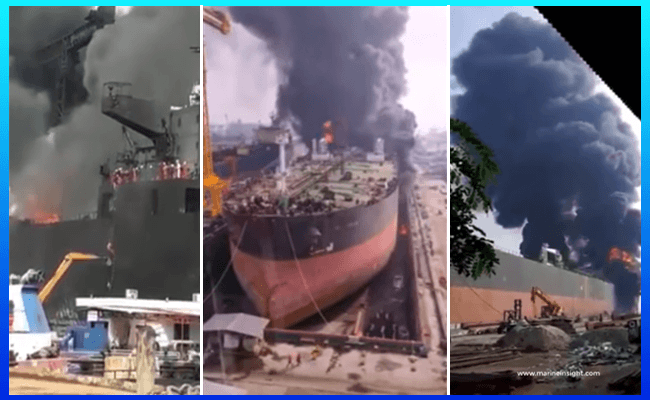 Several workers were injured from burns and have been hospitalized. Some are reportedly still missing, trapped inside the ship which is under repair.

At least six fire engines and three tugboats with water cannons were deployed to put out the fire.