But here’s a video which shows real images from a ship that is going downwards in the water.

These chilling footage were shot on board the Pocahontas in Lake Worth, Florida

The videos shows ship taking on small amount of water in the start and then in a matter of seconds the Pocahontas is completely submerged.

As the ship goes down, the debris crashes into the camera gives a terribly human character scene. 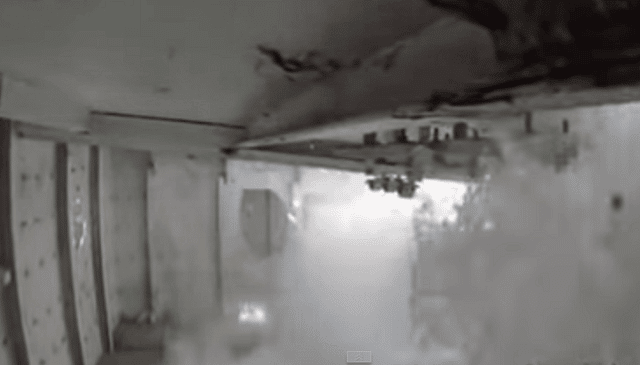 The chilling film was shot aboard The Pocahontas, also known as The Danny, using GoPro HD cameras as it sank in Lake Worth in Florida last year.

The images are published by the Association of Golf Diving Palm Beach and Charters small Deeper – The owners of a chartered dive boat operating on Lake Park in Florida.

According to the YouTube channel of the company the cameras were installed in the Pocahontas by Dean Shuler of Pura Vida Divers shortly before it fell in February 2013.

The doomed vessel remains 75 feet below the surface of Lake Worth, in a body of water near Singer Island.

Have more information of the video? Let’s know in the comments below.