Everyone knows about the story of Maersk Alabama Container ship highjacking by somali pirates in April 2009. The vessel was attacked by heavily armed pirates in the somali waters around 240 nautical miles from the Somalia port city of Eyl. The ship had 20 crew members when the highjacking took place and was en route to Mombasa, Kenya.

According to the reports taken after the incident, the crew members had locked themselves in the engine room while the captain and two other officers remained on the bridge. The engineers then controlled the ship from the engine room, disabling bridge controls. The pirates where thus unable to control the ship. However, they took Captain Phillips with them in a lifeboat as ransom.

On April 9, standoff began between the destroyer USS Bainbridge and Maersk Alabama’s Lifeboat, which had the pirates and Captain Phillips as hostage. On April 12, Captain Phillips was rescued in good condition.

The real life dramatic operation of the pirate attack on Maersk Alabama container ship and the kidnapping of Captain Phillips has been adapted into a movie directed by the Paul Greengrass, director of the famous action series “The Bourne Supremacy” and “The Bourne Ultimatum” and starring oscar winning actor Tom Hanks. 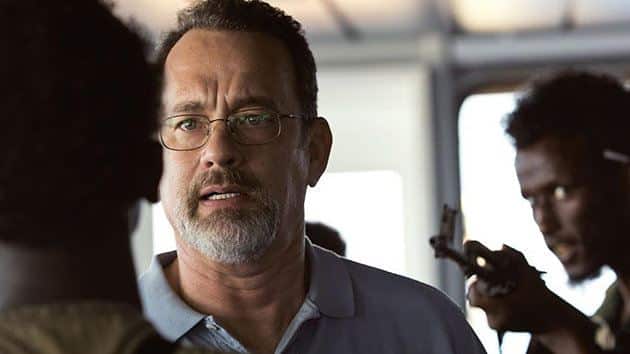 The trailer of the movie based on the real life incident has been released. Watch the trailer below: