“LCS 19 is the second ship we’ve christened and launched this year. Our shipbuilding team has truly hit its stride. We completed trials on three ships and delivered two more. Once delivered to the Navy, LCS 19 will be on its way to independently completing targeted missions around the world,” said Joe DePietro, Lockheed Martin vice president and general manager of Small Combatants and Ship Systems. “We remain focused on delivering these affordable ships to the fleet as quickly as possible and increasing capability with each hull.”

The Freedom-variant LCS integrates new technology and capability to affordably support current and future missions from deep water to the littorals. LCS is a highly maneuverable, lethal and adaptable ship, designed to support focused mine countermeasures, anti-submarine warfare and surface warfare missions. LCS 19 is targeted to support the mine countermeasures mission. 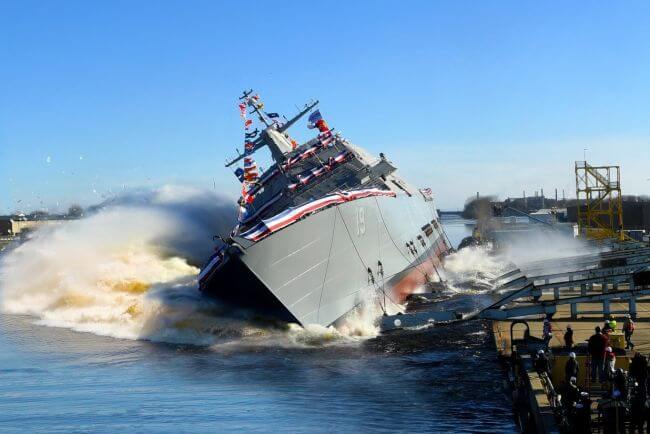 Lockheed Martin is in full-rate production and has delivered seven ships to the U.S. Navy. There are seven ships in various stages of production and test at Fincantieri Marinette Marine. This year, the Lockheed Martin-led team began construction on two ships, delivered two ships, completed sea trials for three ships and saw one delivered ship commissioned. LCS 13, the future USS Wichita, is slated for commissioning in Mayport, Florida, on Jan. 12.

“I am thrilled and very honored to be the sponsor of the future USS St. Louis. The combination of my family’s military background and the enduring spirit of the great city of St. Louis make this incredibly meaningful,” Taylor said. “This is the seventh ship to bear the name St. Louis, and I know that the people of our great city are extremely proud that this distinguished legacy will continue.” 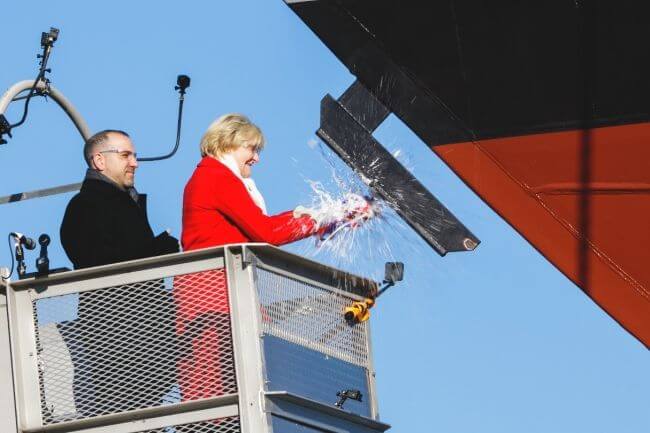 Unique among combat ships, LCS is designed to complete close-to-shore missions and is a growing and relevant part of the Navy’s fleet.

“We are proud to be building LCS 19 and her sister ships at the heartland’s only naval shipyard,” said Jan Allman, Fincantieri Marinette Marine president and CEO. “Today’s launch and christening is a testament to the hard work of more than 2,000 workers who pass through the shipyard’s gates, put on their hard hats and build American warships.”