The first in the fleet of four new-age platform supply ships of Bourbon Offshore, the Bourbon Front is set to begin its active line of operations in the North Sea.  Built for the Norway based Bourbon Offshore conglomerate, the building of these platform vessels was undertaken by the Chinese Shipyard, Zhejiang Shipbuilding. The designing of the vessels was undertaken by the operating company in collaboration with the Ulstein conglomerate.

The supply vessel Bourbon Front bears a DNV (Det Norske Veritas) certification that suggests its meeting of the DNV annotated requirements of environmentally viable vessels. The platform ship also bears an International Maritime Organisation (IMO) accreditation of a Green Passport, further enhancing the ship’s reliability as a vessel of the future. 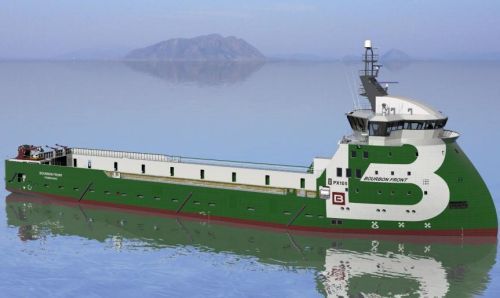 The Bourbon Front measures almost 89 metres lengthwise with a breadth of 19 metres and a depth of eight metres. With a dead weight tonnage of nearly 4,500 tonnes, the ship has a gross tonnage of almost 4,000 tonnes and a net tonnage of almost 1,200 tonnes. In terms of speed, the vessel was recorded to be having a maximum speed of 15.5 knots in its on-sea test runs. Accommodation-wise, a crew of 25 members can be easily accommodated within the vessel.

Bourbon Front is fitted with unique engineering like the Multi-Application Cargo Solution (MACS), which allows the platform supply ship to successfully adjust its cargo load and type. 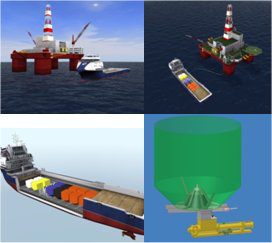 In addition, as per the designing specifications of Ulstein, the vessel’s hull has been designed by the unique X-BOW (Ulstein patented) shape. This allows the supply ship to speedily traverse through the water in considerably lesser time as compared to the conventionally hulled platform supply ships – in any kind of oceanic weather.

Along with these features, the supply ship comes with a DP system graded 2 as per the IMO rating and has a deck arena of over 1,000 square metres. The maximum lading capacitance on the deck is 2,800 tonnes at the rate of 10 tonnes per square metre.

Equipped with a technologically savvy crane with telescopic lenses and several state-of-the-art winches to ensure that its supply process is not hampered or derailed, the Bourbon Front is truly a designing marvel. Platform supply ships are an important requirement in the offshore industry, making revolutions of these kinds in the technological aspects of these vessels, highly relevant.