Munin is a FPSO (Floating, Production, Storage and Offloading) vessel which was built specifically to suit the needs of the North China Sea oil reservoir Lufeng-21. The subsea reservoir is a known area for typhoons and cyclones. The aspect of the total content of oil in this reservoir being approximated to about 30 million casks further caused a lot of problems.

Norway-based conglomerate Statoil was the main company which was engaged in operations in this reservoir. 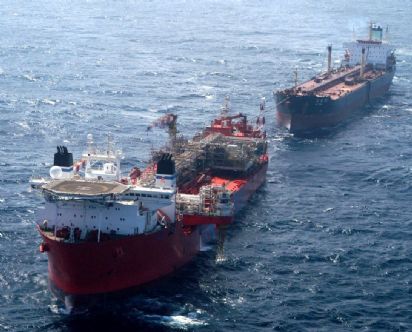 Considering these two major drawbacks, the company faced a lot of problems. This is why Navion undertook the project to come up a FPSO (Floating, Production, Storage and Offloading) vessel – the Munin.

Since its main location was supposed to be in a cyclonic zone, the Munin’s mooring can be unplugged in the event of a cyclone hitting the area. While the vessel’s moorage is unplugged, there is a back-up buoy that is dropped into the water at a depth of 30 metres. Through this buoy, the vessel is able to maintain its position in the waters. 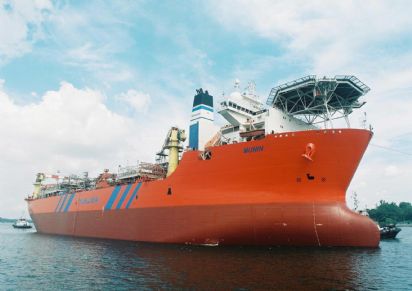 The FPSO is operated by four engines which can be operated both electrically as well as through diesel. Apart from these, there is also a generator equipped in the vessel to aid the vessel’s propulsion in case of critical situations.

Between the years 1997 and 2002 and then on from 2005 for a time-scale of further three years, the FPSO was employed in the North China Sea oil reservoir. The marine conglomerate Blue Water purchased the FPSO from its developers Navion in the year 2001. At present, the Munin is referred to as the Blue Water Munin.

The Munin is a vessel that perfectly suits the ambience for which it developed and makes its developers rank right with the top marine engineering conglomerates.