The year 2012 is set to take tidal energy to new levels with the new tidal energy plant set up off the coast of Paompol-Bréhat in Brittany, France. The project was started in 2004 and is due completion in 2012. Once completed, it will become the biggest tidal energy plant in the world, speculated to be capable of producing energy that will be able to support on an average 4000 homes.

The tidal energy plant is an ambitious project started by Irish Company OpenHydra, in collaboration with French company EDF. It comprises of four turbines, each placed about 115 feet deep in the water. The turbines are approximated to weigh about 850 tons and be as much as 72 feet high. This is all in accordance with handling the high volume of water off the French coast that would power these 2 MW turbines and produce largest mount hydrostatic energy produced by a single tidal energy farm ever. 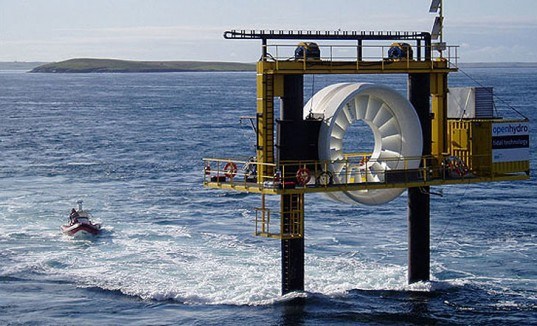 While this project happens to be the first and the largest tidal energy unit, tidal power company OpenHydro has many such projects running in places like US, Canada, France and Scotland. Interestingly, this company has recently won the Engineers Ireland Continuing Professional Development Company of the Year award, making it one of the most acclaimed giants in the energy sector. 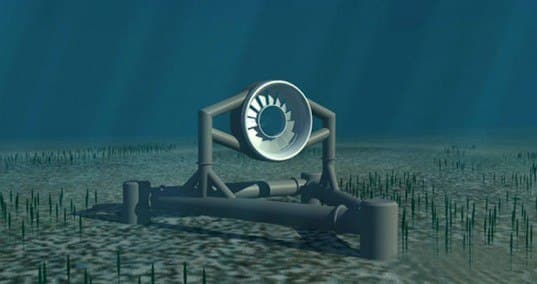 Proposed in 2004, this project started in 2008 and will finally reach completion in 2012. At four years of toil and about 40 million euros ($55 million) investment, the cost is a whooping figure.

But the company officials are convinced this unit will be a great way to revitalize the dwindling energy sources of this planet and take the field of tidal energy to a new realm, revolutionizing the idea of clean energy. Their only concern remains to bring down the initial cost of such projects to promote their establishment in other high tide regions of the world.