ABB, together with Singaporean shipyard Keppel Offshore & Marine (Keppel O&M), has successfully carried out South Asia’s first remote joystick control of a tugboat in the busy Port of Singapore.

The Port of Singapore, with more than 130,000 vessels calling annually, presents one of the most complex settings for autonomous harbor operations in the world. The trial marks a major milestone in validating the increased safety and efficiency of tug operations utilizing digital solutions already available today for nearly any kind of vessel.

The trial of remotely operating the harbor tug from a shore command center located at the Maritime and Port Authority of Singapore’s Maritime Innovation Lab was successfully performed in April 2021. ABB has delivered an integrated solution for the remote and autonomous control of the vessel based on the Ability™ Marine Pilot product family. 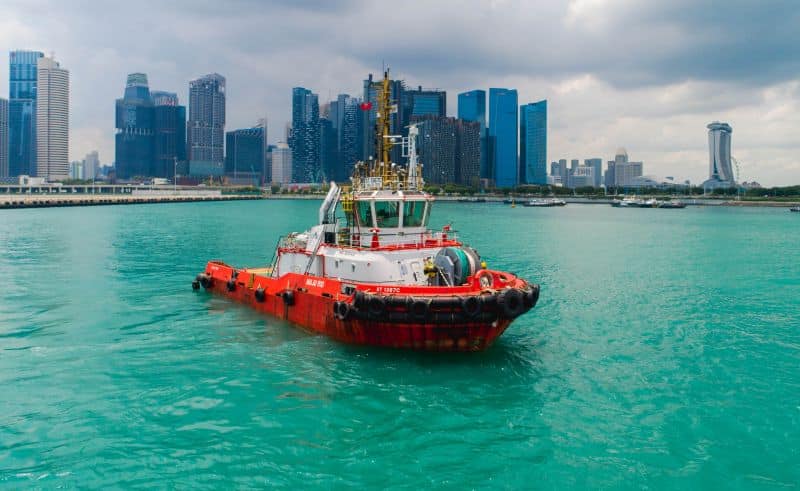 “We are proud to have reached another milestone representing a significant step towards autonomous shipping, in close collaboration with Keppel,” said Juha Koskela, Division President, ABB Marine & Ports. “The intent of this technology is to relieve the crew of tasks that can be automated, enabling them to perform at their best during critical periods and enhancing the overall safety and productivity of marine operations. This trial also confirms the possibility for application of remote and autonomous technology to other vessel types.”

“Remote control navigation is an important feature of autonomous vessels as it acts as a safeguard and is especially useful in certain complicated scenarios. As the overall system integrator, Keppel O&M is leveraging its in-depth offshore and marine expertise and collaborating with the Keppel ecosystem of companies, such as M1 with its connectivity solutions, as well as other partners such as ABB who supplied leading-edge technology, to incorporate the best-in-class systems and offer customizable autonomous solutions. This is in line with Keppel’s Vision 2030, which includes harnessing advanced technologies for growth,” said Mr. Tan Leong Peng, Managing Director (New Builds), Keppel O&M.

Tug operations, where a tugboat maneuvers other vessels by pushing or towing them, often in crowded harbors, can be extremely demanding, requiring the full attention of the crew. 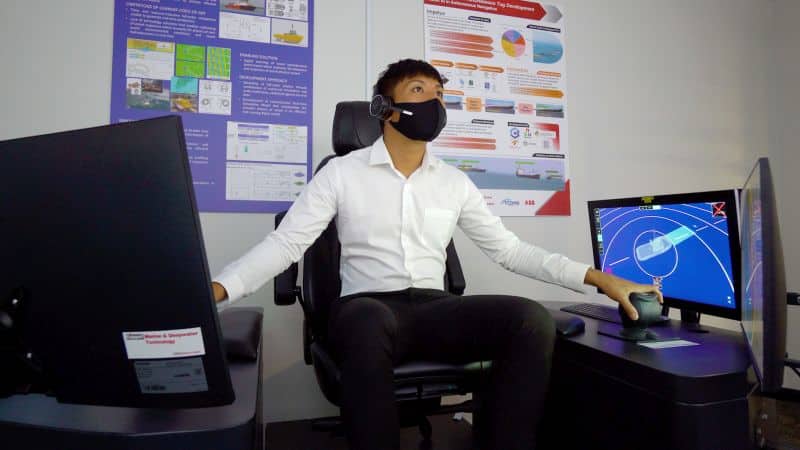 Additionally, tugs often have to complete lengthy and monotonous transit legs to get to their place of operation. Performing the transit autonomously and under remote supervision would enable the onboard crew to rest and be alert when they are needed in the actual work of the tug. Station keeping with remote assistance may also provide opportunities for onboard crew to rest rather than performing routine tasks that can be managed as effectively or better by remote crew.

“Keppel Smit Towage is pleased to support Keppel O&M and ABB in the development of autonomous tugs. As a tug operator, we leverage technology to improve our operations to serve our customers better. With the Maju 510 as a pilot tug, we are able to experience and provide feedback on how autonomous operations can help the tug captain and crew in simplifying their navigation to focus on crucial tasks. This has the potential to significantly enhance operational safety and efficiency,” said Mr. Romi Kaushal, Managing Director of Keppel Smit Towage.

ABB has previously delivered technology for the groundbreaking trial of a remotely operated passenger ferry, Suomenlinna II, carried out in Helsinki harbor in November 2018, proving that human oversight of vessels from any location is achievable using currently available technology.

The harbor tug project is funded by the Maritime and Port Authority of Singapore as part of the Singapore Maritime R&D Roadmap 2030 which charts out the nation’s key focus areas for the development of the maritime industry, as well as research and technological capabilities. The second phase of the project, scheduled for late 2021, will see the vessel perform autonomous collision avoidance tasks while under remote supervision.