96 migrants were rescued by Greek coast guards in a nighttime rescue operation as the yacht carrying them partially sank in the Aegean sea, possibly due to overload. The incident occurred on 25th Aug 2020.

Greece has called it its “largest and most successful search and rescue operation on record in the Aegean Sea”. The yacht sent out a distress call following which help was dispatched by Greece’s Hellenic Coast Guards.

Vessels, helicopters and navy vessels from passing merchant ships joined to assist the vessel that was on the brink of sinking. It was located at about 21 nautical miles from Haiki (Greek island), in the international waters. This is close to the Turkish coast but well under the responsibility of the Greek operations. 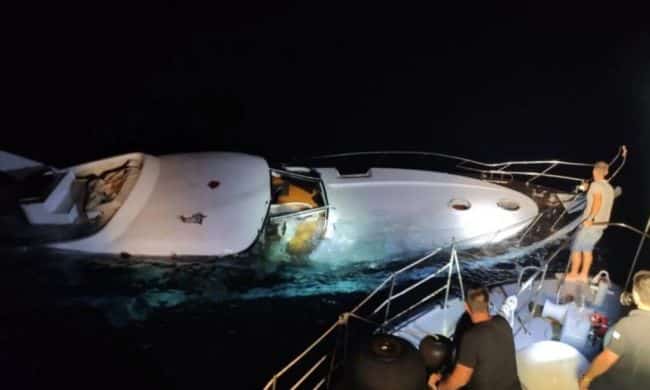 The migrants, whose nationalities haven’t yet been disclosed included minors and children, along with 3 suspected smugglers. They were seen going overboard sans life jackets. Some of them were picked up by cargo ships and later transferred to the coast guard vessels while others were lifted up in the helicopter. The suspected smugglers are currently detained.

The Greek Prime Minister announced in his address to the parliament, “This is another strong proof that our action at sea is not only national but also humanitarian,” The incident has come at a time when tensions between Greece and Turkey continue to grow concerning drilling rights for resources in the Mediterranean.

During the rescue operations, Turkish Coast Guards too arrived saying that they had received a distress call from Turkish waters and had deployed 3 vessels. They reportedly seized 19 people from the merchant vessels, claiming one of them was a Turkish national, attempting to flee Turkey. 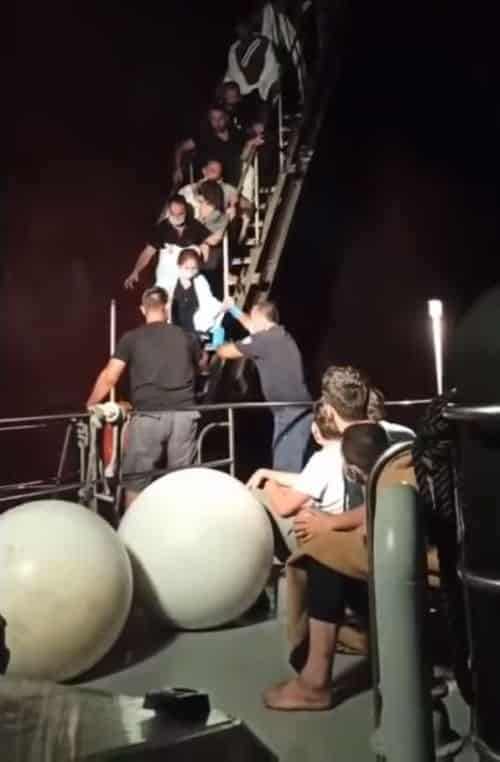 The area of rescue is known for being a migrant route for those escaping Turkey, organized criminal network and illegal transportation of migrants, as per Greece reports. The area is usually patrolled and smugglers stay away from the island on their way to Italy and other European countries.

PM Kyriakos Mitsotakis also added, “The road to communication concerning the sole open issue we have with Turkey, which is the delimitation of maritime borders in the Aegean and the eastern Mediterranean, is open. The only condition is that (Turkey) should immediately stop provocations,”