Spain’s Supreme Court sentenced the captain of the Prestige oil tanker, which sank off Spain’s northwestern coast in 2002, covering thousands of kilometres of coastline in fuel oil, to two years in prison on Tuesday.

The captain, Apostolos Mangouras, was convicted of recklessness resulting in catastrophic environmental damage, according to a statement by the court, overturning a previous sentence which cleared him of criminal responsibility.

The sinking of the Greek tanker, which was sailing to Gibraltar, released an estimated 63,000 tones of foul-smelling black fuel along the Galicia coast and forced the closure of the country’s richest fishing grounds. 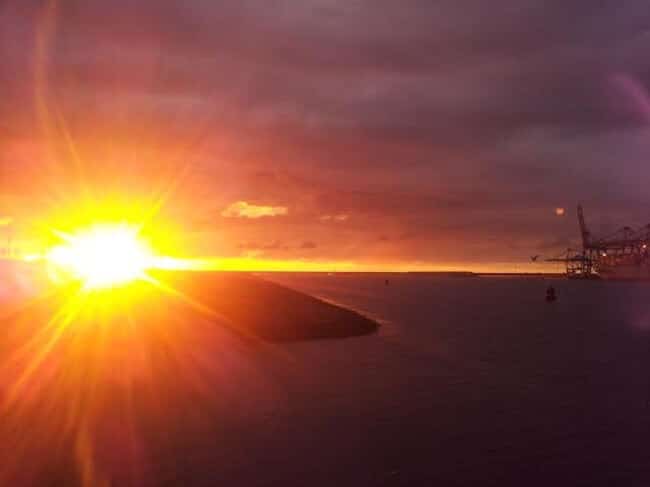 The new ruling opens the door to damage claims against the captain and the insurer, The London Steamship Owners Mutual Insurance Association, with one prosecutor calling for more than 4 billion euros.

The Galician regional court had previously concluded it was impossible to establish criminal responsibility and that the disaster was partly due to the 26-year-old tanker’s poor state of repair.

After a storm damaged one of its fuel tanks, the ship had spent days drifting at sea having been refused permission to dock by Spanish, Portuguese and French authorities. It eventually split into two and sank about 250 miles off the coast, spurting oil into the water from the sea bed.

In Tuesday’s ruling, Mangouras was accused of guiding the tanker in treacherous conditions with full knowledge of its weakened structure while the ship was overloaded by at least 2,000 tonnes of fuel oil.

World’s Largest Container Ship Completes First Voyage From Asia To Europe
Want to share your tips and advice? Got questions? Visit the community forum to ask questions, get answers, meet people, and share your tips!