You are here: Home › Shipping News › Shell’s Prelude FLNG To Be Towed By POSH Terasea
TwitterFacebookLinkedInPinterestBuffer

POSH Terasea was awarded the project after a competitive bidding process. As part of the project, POSH Terasea will undertake to tow the Shell Prelude FLNG over 3,000 nautical miles from Samsung Shipyard in Geoje, South Korea, where it is being built, to Australia, where it will be deployed. It will then position the FLNG before it begins production at the Prelude gas field in the Browse LNG Basin, 200km off the northwest coast of Australia. POSH Terasea will be in charge of the overall towage project management. 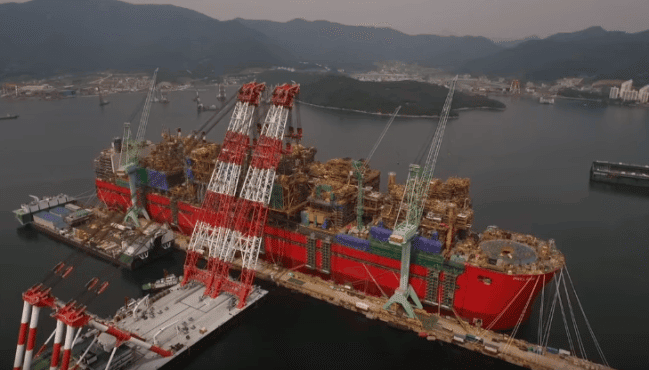 President and Director of POSH Terasea Eric Ng, said: “Towing and positioning a Floating Facilities that is about four times the size of a football field from Korea to a gas field in Australia will be a massive and complex undertaking. We are excited to be entrusted to play such a critical role in this milestone development and look forward to successfully delivering on yet another project.” For the project, POSH Terasea will deploy five vessels: Namely four Large Anchor Handling and Towage Vessels (AHT), the Terasea Osprey, Terasea Falcon, Terasea Hawk, Terasea Eagle; and one 16,000 BHP Anchor Handling Tug Supply vessel (AHTS), the POSH Champion.

The Shell Prelude FLNG facility is 488 metres long and 74 metres wide and has a fully loaded displacement capacity of about 600,000 tons. . It has around 260,000 tonnes of steel in the facility alone, around five times the amount of steel used to build the Sydney Harbour Bridge.

Chief Executive Officer of POSH, Captain Gerald Seow, said, “We are proud to be part of what will be a landmark project for the entire oil and gas industry. This contract win is testament to POSH Terasea’s strong track record as the world’s leading offshore transport and installation services provider. “This also underscores POSH’s differentiated business strategy to diversify across the offshore services sector, especially in areas with strong prospects like deepwater transport and installation.”