Seafarers still feel insufficiently informed about their new ‘bill of rights’ even though it is only four months until the Maritime Labour Convention (MLC) is due to take effect, a new German survey confirms.

The survey, commissioned by the German Seaman’s Mission, showed that while 95% surveyed agreed working conditions for seafarers need improving, a third still did not feel they know enough about what MLC would mean to them — how it would create minimum standards for working and living conditions, or improve safety. 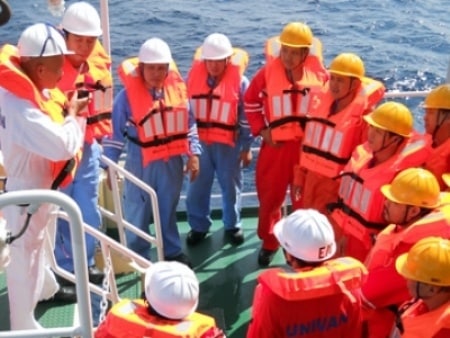 Carried out by students of the International Degree Course Shipping and Chartering at Bremen University, the survey nevertheless confirms the need for the Convention, and underlines how little seafarers are satisfied with their current living and working conditions.

When asked what their expectations were regarding improvements to their working lives under MLC, comments ranged from: ‘We have no life on board, it is hell. Working and sleeping like in jail’, to the more hopeful: ‘I expect that everything will be in order if MLC will be implemented fully, because some companies are abusing seafarers doing cost cutting’.

Interestingly, in spite of the difficulties of access to the internet at sea, the 116 seafarers surveyed, who included Filipino, German, Indian, Swedish and Russian nationalities, suggested they would prefer to find information online about the MLC.

‘We need wif-fi and free internet in all ports so we know more about the MLC,’ said one participant.

No doubt in acknowledgement that English is the language of shipping, the survey was published in English within in a recent issue of the German language newsletter of the Deutsche Seemannsmission .

Nautilus members wanting to find out more about the MLC will be able to read a write up on the Union’s workshops in the next edition of the Telegraph.