Following Smit Salvage’s spectacular salvage of the stricken ship, Modern Express, in the Gulf of Biscay, another Rotterdam company is now involved in this rescue operation. The Koninklijke Roeiers Vereeniging Eendracht (KRVE) (Royal Boatmen Association Eendracht) are using their innovative ShoreTension system to right the vessel so that unloading can start.

Modern Express, a 164 metre cargo vessel, ran into problems at sea two weeks ago. Fierce waves resulted in its cargo of wood and excavators shifting, which caused the ship to list and become unmanoeuvrable. Tugboat company, Smit Salvage, succeeded in towing the Modern Express to the Spanish port of Bilbao last week. As the vessel also had 300 tonnes of fuel on board, this prevented an environmental disaster. 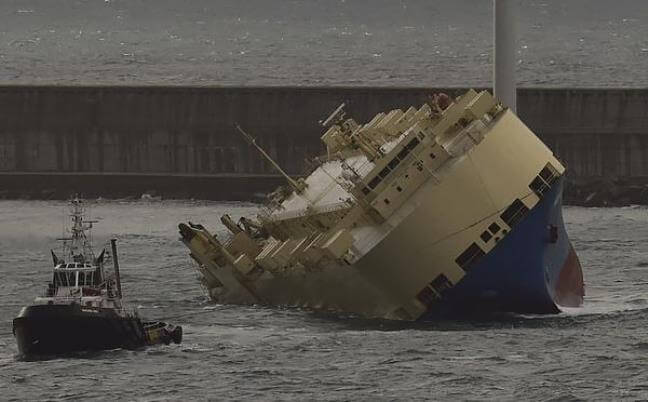 The vessel is currently awaiting unloading in Bilbao and KRVE assistance has been requested in order to achieve this. The Modern Express will be held in position using six ShoreTensions, with the ShoreTensions absorbing the vessel’s forces on the warps and compensating for the vessel’s movements. This will enable the cargo to be removed from the vessel safely.

It is not surprising that two Rotterdam companies have been involved in the Modern Express rescue operation. As the biggest port in Europe, the Port of Rotterdam places a high priority on innovation and development. Smit and the KRVE are not the only examples of this. The innovative website, Rotterdam Port Connector, makes it easy to find and access over 500 service providers from the Ports of Rotterdam, Moerdijk and Dordrecht.