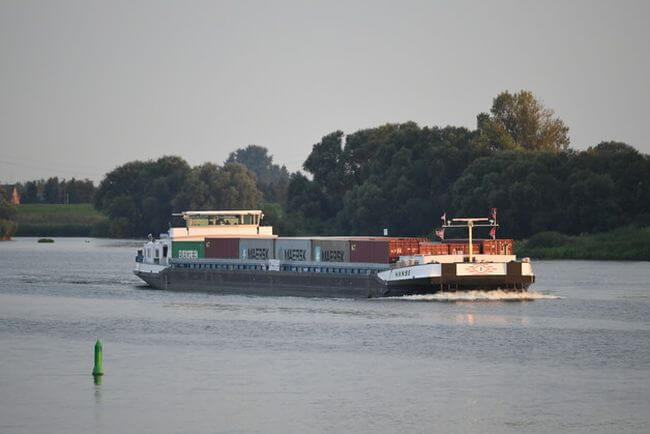 Hamburg is Germany’s biggest universal port and, with 9.9 million tons throughput in 2018, its second-biggest inland port. For the first quarter of 2019, the recently published inland vessel data from the northern statistics office reports 34,640 TEU – 20ft standard containers – for the Port of Hamburg. This represents an increase of 20 percent in comparison with the same period last year. Additionally, in the first three months of 2019, at 2.57 million tons, the total quantity of cargo carried by inland waterway craft between the Port of Hamburg and its hinterland achieved double-digit growth of 12.1 percent.

One limiting influence on the further development of quantities by inland vessel this year has been the barely navigable River Elbe caused by low water since May. From Stefan Kunze’s point of view; he is head of the Port of Hamburg Representative Office in Dresden, against this backdrop it is difficult to forecast the ongoing development of cargo quantities carried by inland vessels on the Elbe this year. Already last year, for the Middle and Upper Elbe from the Geesthacht lock to the next one at Usti nad Labem in Czechia, that is to say, the undammed section, navigation was difficult. At times, from June onwards on this section of the river, inland shipping came to a standstill because of the inadequate draft.

Fundamentally, the expected increase in seaport-hinterland traffic in the coming years will open up very good prospects for Hamburg for more shipments by inland craft in the Elbe river basin. However, in Kunze’s view, this calls for better alignment of the infrastructure to the operating requirements of inland shipping. He stresses that: “Digitalization and intermeshing the various carriers, construction work on the waterways and optimized coordination of inland vessel calls in the Port of Hamburg, will in future lead to more cargo and simplified handling of transport chains along the Elbe and Elbe Lateral Canal.” The sea transport forecast for 2030, predicts above-average growth for seaport-hinterland transport in Germany. Kunze believes that to cope with this, apart from the road and rail networks that are already operating at almost full capacity, inland shipping has to be incorporated far more into transport chain planning.