Mitsui O.S.K. Lines, Ltd. (MOL) announced that it received a letter of appreciation from Paraguayan Ambassador to Japan H.E., thanking the company for its cooperation with the Paraguayan Embassy Raul Florentin-Antola to transport fire engines to Paraguay. 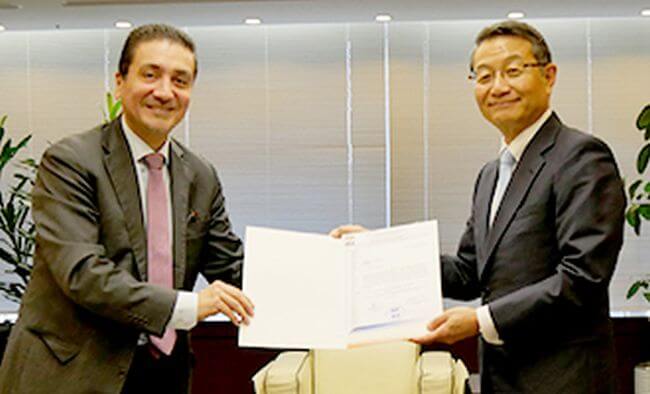 In January, MOL transported five used fire engines to Paraguay aboard one of its car carriers. It has worked with the Paraguayan Embassy on the fire engine transport project since 2010, and to date has transported a total of 63 engines.

On September 18, Ambassador Florentin visited MOL and presented the letter of appreciation, saying, “Fire engines from Japan are very useful in Paraguay, and I appreciate your continual cooperation in transporting them.”

MOL takes a proactive stance in social contribution activities that are unique to an ocean shipping company with a global network.