A massive explosion resulting in a major fire took place on board INS Sindhurakshak, a Kilo class submarine of the Indian Navy, shortly after midnight on 14 August 2013.

Fire tenders from the Naval Dockyard as well as the Mumbai Fire Brigade were immediately pressed into action. However, due to as yet unknown damage suffered as a result of the explosion, the submarine has submerged at her berth with only a portion visible above the surface.

About 18 persons were on board the submarine at the time of the accident and efforts are on to ascertain the safety of the personnel and salvage of the submarine. 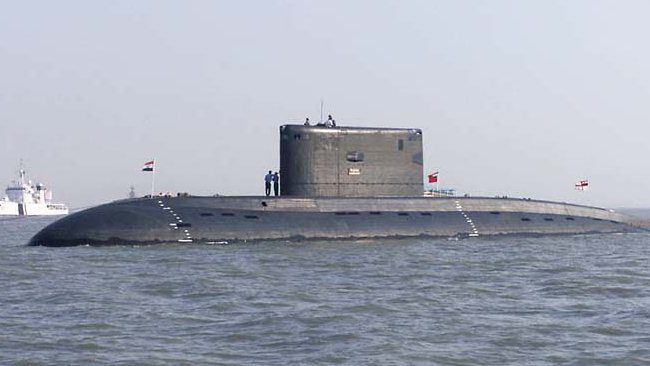 A Board of Inquiry is being instituted to investigate into the causes of the accident.

The diesel-electric INS Sindhurakshak, which was recently refitted by Russia, partially sunk with “only a portion visible from the surface”, a statement from the navy said.