Two days of hectic activity at the first ever Maritime India Summit in Mumbai has resulted in attracting investments worth Rs 82,905 crores. A total of 141 MoUs and Business Agreements were signed by various players in maritime sector including Major Ports, State Maritime Boards and PSUs like Shipping Corporation of India, Cochin Shipyard Limited, Inland Waterways Authority of India etc.

Projects for which agreements have been signed cover a wide spectrum of activities including:

One major agreement relates to establishment of a greenfield port at Vadhavan, Maharashtra. Phase – I of the Project is estimated to be around Rs 9167 crores. An MoU for the project was signed between Jawaharlal Nehru Port Trust and Maharashtra Maritime Board. 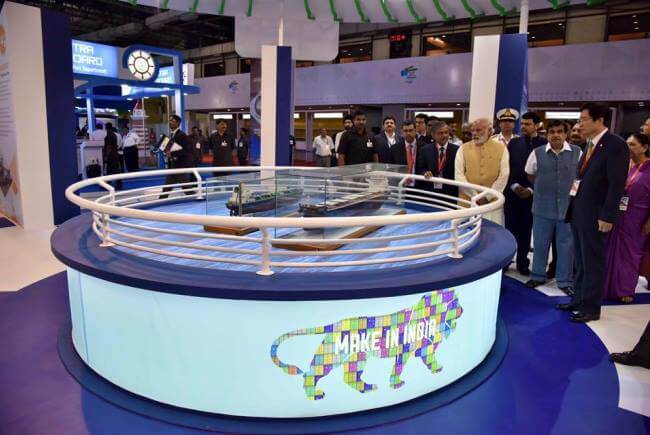 To give boost to inland water transport, Government of Andhra Pradesh entered into an MoU with Inland Waterways Authority of India for development of National Waterway 4 at estimated cost of around Rs 3000 crs. Once developed, this waterway will help take off roads significant portion of cargo traffic. Mr Chandrababu Naidu, Chief Minister of Andhra Pradesh was present on the occasion.

Gujarat Maritime Board entered into an MoU with Shapoorji Pallonji Company for development of a new LNG Terminal costing around Rs 5411 crs at Chara. GMB will also ink an MoU with IL&FS for setting up a Maritime Services Cluster at GIFT City, Gandhinagar.

Visakhapatnam Port Trust signed an MoU with HPCL who plan to increase the capacity of Visakha Refinery from 7.50MMT to 15MMT at an estimated cost of Rs 18412 cr. Shipping Corporation of India also signed a slew of agreements to enhance shipping capacity both inland as well international.