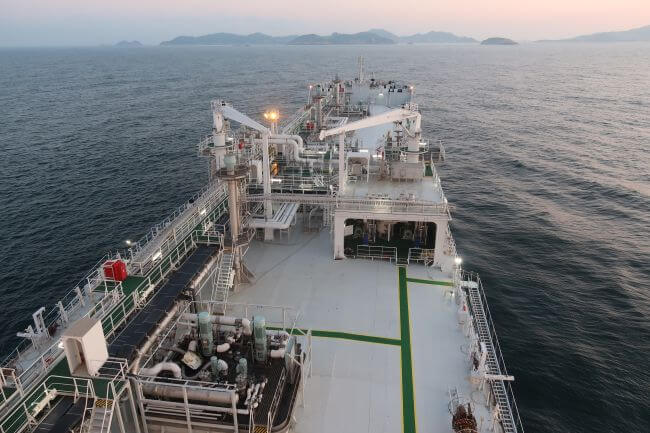 Saga LNG Shipping and China Merchants Industry Holdings (CMIH) signed a contract for the 45,000m3-capacity LNG carrier in late 2015, with the yard subsequently entering into a license agreement with Singapore’s LNT Marine for the game-changing LNT A-BOX containment system.

Commenting on what is a “remarkable achievement in LNG shipping”, Kjetil Sjølie Strand, Chief Executive Officer, LNT Marine, said: “The success of the gas trials – the culmination of nearly ten years’ research and development – verifies that the LNT-A BOX concept is a viable solution for flexible LNG carriers. We are delighted that the gas trials have been a success and now look forward to seeing Saga Dawn entering commercial service.”

Due for delivery in July, the ABS-classed Saga Dawn is based on LNT Marine’s LNT45 design whereas the basic design was developed in cooperation with Sweden’s FKAB . It will be the first vessel to operate a completely new LNG containment system in decades. 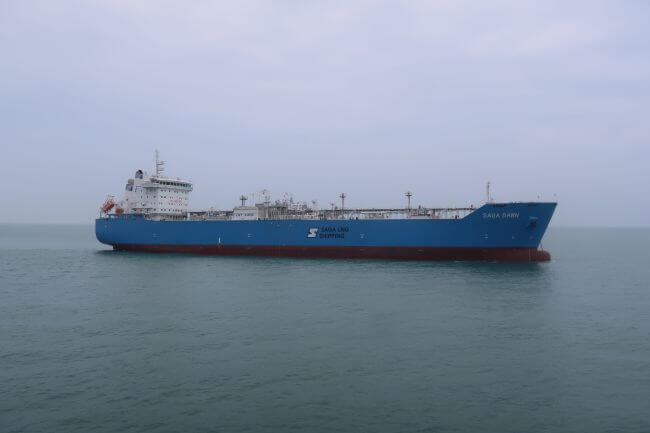 Stein Foss, Chief Operating Officer, LNT Marine, said: “LNG carriers are among the most sophisticated and expensive merchant ships to build, with construction traditionally limited to a few shipyards around the world. However, the cost and complexity of traditional LNG containment systems does not make smaller LNG projects commercially feasible. LNT A-BOX does. It offers a simple, flexible and efficient cargo containment system enabling more shipyards to build LNG vessels at more attractive prices.”

The LNT A-BOX system is based on proven technologies, but in a novel patent-protected configuration. The design is based on an independent tank type A as the primary barrier and a full secondary barrier. Design and construction of type A tanks is based on classical ship structural principles and is reasonable to build. In addition, the tank is flexible in shape and geometry, catering for excellent volume utilisation, while internal structure mitigates sloshing and eliminates any loading limitations.

The tank itself is not insulated but installed in an insulated cargo space. This means that the insulation is attached to the interior surface of the hold, while a liquid tight barrier is fitted on the inner surface of the insulation acting as the secondary barrier. In between the tank and the secondary barrier is a cold inter-barrier space, which offers direct access for visual inspections and maintenance of both barriers as well as the tank supports.

Since the insulation is not exposed to any static or dynamic loads from the cargo, the insulation material is optimised for thermal performance which means that the LNT A-BOX system can offer market leading boil-off rates (BOR).

“The potential for LNT A-BOX to revolutionise existing and emerging LNG shipping markets is a very exciting prospect,” said Strand, adding that the technology completely “supports the growth of the expanding LNG sector going forward.”

While the concept has initially been focused on the small-to-mid-size LNGC segment, Strand said the technology can be scaled up or down. “We are currently involved in a number of projects to develop new LNGC designs based on the LNT A-BOX concept, including an 80,000m3 LNG carrier, shallow draught vessels and small and mid-size FSRUs.”

LNT Marine has also developed a semi-pressurised LNG fuel tank dubbed LNT Fuel-BOX™. This is based on the principles of LNT A-BOX but optimised for fuel tank application. The design, which has already received Approval in Principle from classification society ABS, is particularly appealing to containerships and other volume sensitive vessels with large LNG fuel tanks.