The Jacksonville Port Authority (JAXPORT) set a new port record today with the arrival of the ZIM vessel Kota Pekarang, the largest container ship to ever call Jacksonville. The 11,923-TEU (container) vessel is operated by ZIM on a service offered by the 2M Alliance, comprised of Maersk, MSC, Hamburg Süd and strategic partners HMM and ZIM. 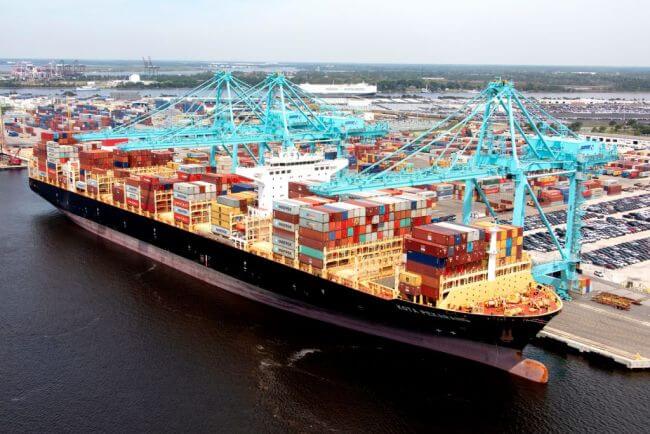 This port call comes a little more than one month after the previous largest ship to ever call JAXPORT – the 11,000 TEU ZIM vessel Cape Sounio – docked at Blount Island on March 18.