The ITF (International Transport Workers’ Federation) is challenging Hutchison Ports Holdings (HPH) over its behaviour at port facilities in Indonesia and Australia.

In Australia Hutchison Ports Australia (HPA) stands accused of using automation and forced redundancy to get rid of union members. In Indonesia HPH is aiming to take on a port concession whose award was opaque, rushed and potentially contrary to the national and local interest.

In 2013 HPA started operations in Brisbane and Sydney after a new competition policy introduced a third stevedoring operator in major Australian ports. Both ports were set up with automated stacking cranes (ASCs) and manned shuttles. 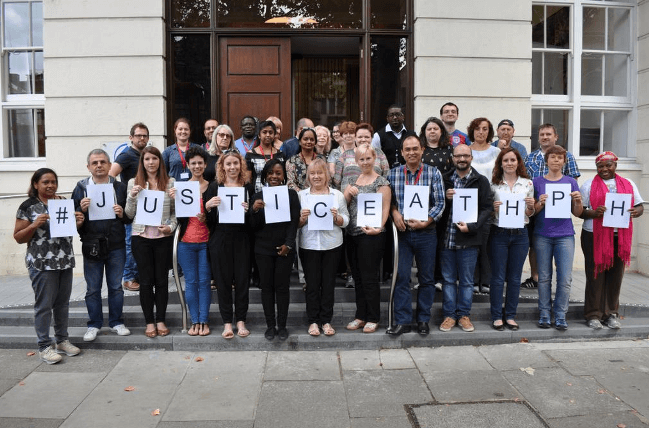 Faced with an effective duopoly of port operators the enterprises failed to prosper. HPA has now announced it will be ‘withdrawing from current bids for work in Australia and reviewing the level of services that we will be offering effective immediately.’ Around a hundred workers out of a workforce of 224 face compulsory redundancy. The Maritime Union of Australia (MUA) suspects that the forced redundancy process has been set up to remove union activists and delegates.

ITF president and dockers’ section chair Paddy Crumlin takes up the story: “My union, the MUA, has received leaked documentation outlining a plan called ‘Phoenix Rising’, which indicates that HPA is secretly planning to introduce automated straddles and automated remote quay cranes. This is union busting by automation. It’s totally contrary to the principle of ‘automation by negotiation’. It will be challenged, including legally. In the meantime the MUA has reiterated its offer to HPA to look for a negotiated solution.”

He continued: “Meanwhile in Indonesia parent company HPH is unashamedly benefiting from a non-transparent concession award process that is against the interests of existing workers – four of whom were sacked for protesting against it, and only reinstated after the union took strike action.

“Between these three ports a picture is emerging of a blatant disregard of workers and dialogue. This is not the behaviour we expect from HPH. We insist that HPH returns to negotiations and the search for fair and just settlements.”

We are shocked and outraged at the way management have not given the union real information, data or labour modelling with respect to the proposed changes and redundancies in the terminal.

It is of great concern to us that we are being ranked by management like animals and shown no dignity or respect.

We demand the company alter their proposed course and enter into immediate and genuine negotiations with our union representatives and delegates.

With that in mind we demand:

We will fight Hutchison Ports Australia until they realise we are WORKERS we are WHARFIES, we are MUA and we are HERE TO STAY!