Mandatory requirements for the electronic exchange of information on cargo, crew and passengers have been adopted by the International Maritime Organization (IMO), as part of a revised and modernized annex to the Convention on Facilitation of International Maritime Traffic (FAL), which aims to harmonize procedures for ship’s  arrival, stay and departure from port.

The new standard relating to the obligation of public authorities to establish systems for the electronic exchange of information, within a period of three years after the adoption of the amendments, is among important changes in the revised Annex, which is expected to enter into force on 1 January 2018, under the tacit acceptance procedure.

There will be a transitional period of 12 months from the date of the introduction of such systems to make  electronic transmission mandatory, during which period paper and electronic documents would be allowed. 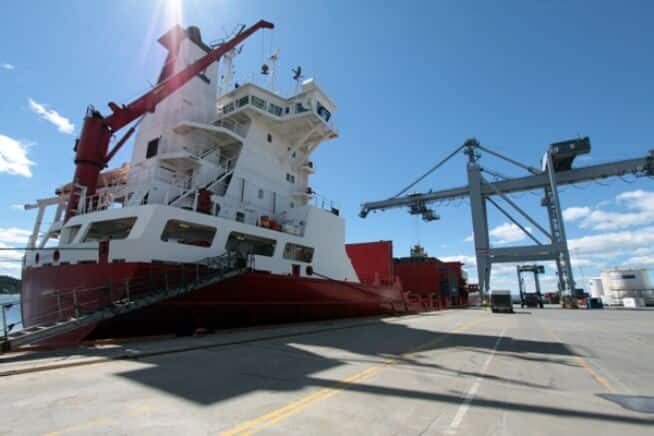 The FAL treaty, first adopted in 1965, aims at securing the highest practicable degree of uniformity in formalities and other procedures, including mandatory “Standards” and “Recommended Practices” on formalities, documentary requirements and procedures which should be applied on arrival, stay and departure to the ship itself, and to its crew, passengers, baggage and cargo. These include standardised forms for the maximum information required for the general declaration, cargo declaration, crew list and passenger list; and agreed essential minimum information requirements for the ship’s stores declaration and crew’s effects declaration.

The adoption of the revised FAL annex, by IMO’s Facilitation Committee, which met from 4-8 April at IMO Headquarters in London, United Kingdom, follows a comprehensive review of its provisions. The update is aimed at ensuring the FAL treaty adequately addresses the shipping industry’s present and emerging needs and serves to facilitate and expedite international maritime traffic. The objective is to prevent unnecessary delays to ships and to persons and property on board.

A new recommended practice encourages the use of the “single window” concept, to enable all the information required by public authorities in connection with the arrival, stay and departure of ships, persons and cargo, to be submitted via a single portal without duplication.

Other revised standards cover shore leave and access to shore-side facilities for crew, including the addition of a paragraph in the standard to say that there should be no discrimination, in respect of shore leave, on grounds of nationality, race, colour, sex, religion, political opinion, or social origin, and irrespective of the flag State of the ship on which seafarers are employed, engaged or work.

Standards and recommended practices relating to stowaways are also updated, to include references to relevant sections of the International Ship and Port Facilities’ Security (ISPS) Code. A new standard requires Governments, where appropriate, to incorporate into their national legislation legal grounds to allow prosecution of stowaways, attempted stowaways and any individual or company aiding a stowaway or an attempted stowaway with the intention to facilitate access to the port area, any ship, cargo or freight containers.