Harvey Gulf this week announced in the media that they have offered a rival deal to merge with Gulfmark. This comes hot off the heels of July’s announcement of a deal between Tidewater and Gulfmark. 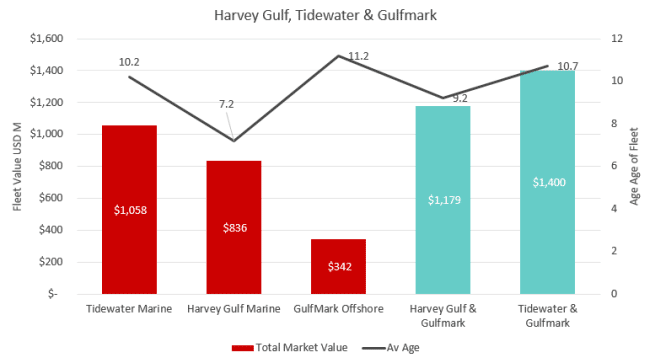 With a combined fleet size of 274 vessels, a merger between GulfMark & Tidewater would lead to one of the largest OSV fleets in terms of overall size with an average age 10.7 years old.

If a merger would materialise between Harvey Gulf and GulfMark, it would mean a smaller overall fleet size of 129 vessels but with an average age of 9.2 years old.

The Harvey Gulf fleet consists of 57 OSV’s and 6 OCV’s (a sector that GulfMark does not currently have a presence in) so the main questions here are size over speciality and what the future holds.