You are here: Home › Shipping News › Greenpeace Asks For Investigation Of The Modern Express’ Cargo
TwitterFacebookLinkedInPinterestBuffer

The troubled car carrier Modern Express that was recently successfully towed away from the French coast, has safely entered the port of Bilbao, Spain. It was on its way to Le Havre, France. The ship is carrying a controversial cargo of timber apparently destined for the French market. The controversy surrounds its origin and legality. Gabonese authorities are reported to have investigated the case and have called upon Interpol to open an international investigation.

All countries that could potentially be the origin of the timber are part of the Congo Basin, a region where illegal logging is a widespread problem. The forestry sector in the region is beset by rampant corruption, a lack of transparency and a lack of proper monitoring and law enforcement on the ground whilst significant amounts of illegal timber are still exported to international markets every year. 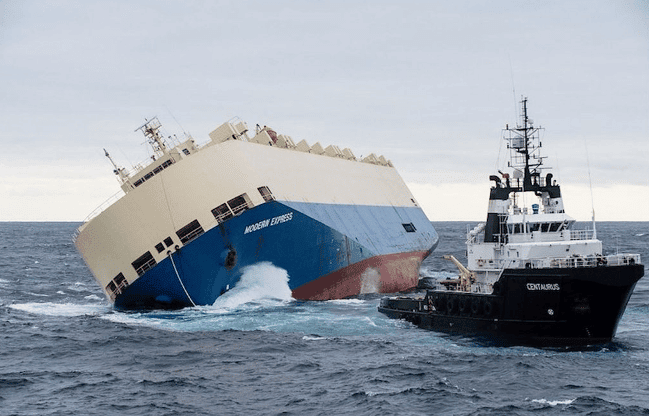 The European Timber Regulation (EUTR) prohibits the placing of illegal timber on the European market and requires that operators exercise due diligence to prevent the contamination of their supply chain. But both France and Spain have been slow in the implementation of this law, and authorities have so far failed to conduct sufficient and effective checks.

Greenpeace also urges the Gabonese government to start an immediate investigation and give the Spanish and French authorities full access to all the documents required to investigate this case.