The Port of Dover is turning to a raft of futuristic traffic sensors to keep billions of pounds of trade and millions of passengers on the move.

The technology, installed at key locations within the port, feeds officers with live data throughout the boarding process, not only helping them ensure traffic flows but also flagging-up trouble spots and times when queues are in danger of forming.

The sensors work by detecting anonymous signals from Wi-Fi or Bluetooth devices which are in “discoverable” mode – giving traffic controllers a general picture of how smoothly the devices (and the vehicles they are in) are moving through the port. 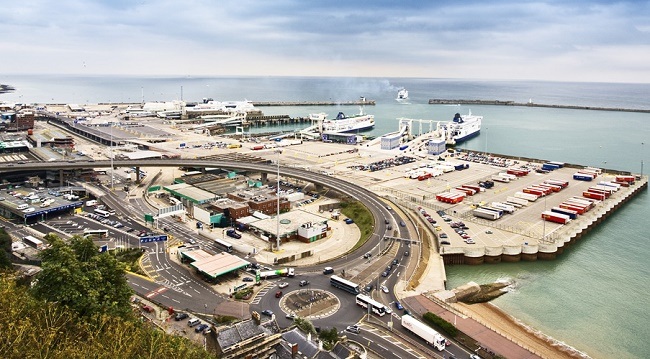 Tim Godden, the Port of Dover’s General Manager of Strategy and Risk Management, said: “BlipTrack has been an extremely useful tool in the months since its implementation. It has helped us get a better understanding of the dynamic traffic system and provides quantifiable data to support the improvement measures we’re making to traffic flows. This will allow us to continue to provide a world-class service to our customers and community by efficiently managing traffic flows in and out of the port, and reduce traffic congestion around the town.”

The new system is being used in conjunction with the successful Dover TAP (Traffic Assessment Project) – a freight management measure which holds port-bound lorries outside the town on the A20 to prevent queuing in central Dover during busy periods.

Highways England asset manager for Kent, Kevin Bown, said: “Working collaboratively with partners like the Port of Dover, we aim to help keep Kent’s roads moving and its economy growing. It’s great to see the port using innovative technology like this to help manage traffic arriving at Dover in the best way possible.”

The combined measures are already helping to reduce bottlenecks outside the port – easing the impact this crucial national and international sea route has on communities living nearby.

Port of Dover chief executive, Tim Waggott, said: “While we keep Dover, the port and the UK economy moving, we are also working hard to ensure we have the latest equipment to handle £100 billion of UK and European trade each year. In the last 20 years, roll-on, roll-off ferry freight traffic has more than doubled as a result of the efficiencies and capacity provided by the industry. In the past two years alone, these volumes have increased by 20 per cent, with 2014 seeing the highest ever number of freight vehicles coming through the ports.”

Peter Knudsen, chief executive at Blip Systems, said: ”We are happy to be able to provide Port of Dover with operational data that can be used to optimize processes to the benefit of both the port and the passengers. BLIP Systems are pleased that BlipTrack is able to gather useful data, and provide valuable analysis within Europe’s busiest passenger port”

In addition to ease traffic at Dover Port, BlipTrack is also employed in optimization efforts in the Port of Aalborg, in road traffic in the US, Canada, Australia, New Zealand, Denmark, UK and Switzerland, at railway stations in the Netherlands, and over 23 international airports, including Manchester, Dublin, JFK in New York, Cincinnati, Toronto, Amsterdam, Barcelona, Dubai, Auckland, Oslo, Helsinki, Milano, Brussels, and Copenhagen airports.

Fuelsave Launches Next Generation Efficiency Enhancement Technology For Maritime Vessels
Want to share your tips and advice? Got questions? Visit the community forum to ask questions, get answers, meet people, and share your tips!