Following the adoption of the Council’s General Approach in December 2014 and the adoption of the European Parliament’s Employment Committee position in April 2015, both EU Institutions met with the European Commission in trialogue on 6 May and reached an agreement on the Commission’s proposal for a Directive on seafarers’ exclusions. A compromise text for a new directive to increase protection of seafarers’ labour rights was confirmed by the Council’s Committee of Permanent Representatives (Coreper).

EP Rapporteur Elisabeth Morin-Chartier (EPP, France) said: “The new directive will respect a clear balance between the inherent special features of this professional sector and the high importance to ensure equal treatment for seafarers. This was our common objective and I believe we have managed to reach it very quickly.”

On behalf of the Latvian EU Presidency, Minister of Welfare Uldis Augulis commented: “The new directive will improve the working conditions in the maritime transport sector. Moreover, this outcome is a concrete example of the constructive co-operation between the social partners, which agreed on a joint position on this proposal in the framework of their sectoral social dialogue, and the EU institutions.” 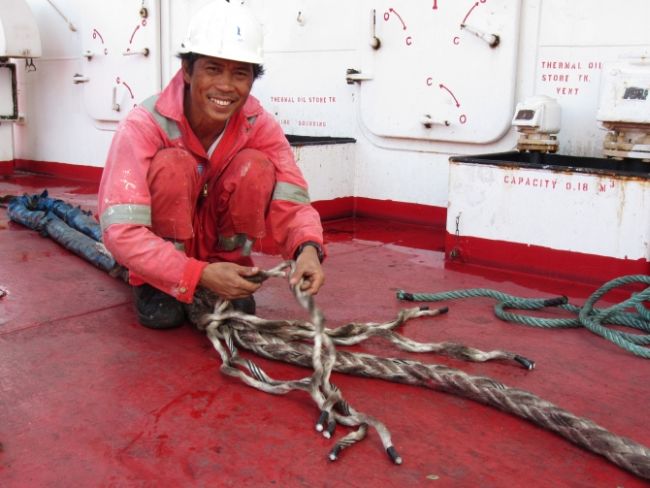 The trialogue agreement now needs to be formally endorsed by the European Parliament’s Employment Committee and thereafter in its Plenary session, and later on by the Council of Ministers.

In a reaction, both ECSA (European Community Shipowners’ Associations) and ETF (European Transport Workers’ Federation) – the EU recognised social partners for maritime transport – expressed their satisfaction with the agreement and appreciation for the work done by the European Parliament and the Council.

“For the social partners it was a very unusual point of departure for our agreement, as we took upon ourselves to find a solution to the major challenges that laid in the European Commission’s initial proposal. We believe that the balanced agreement reached will benefit both seafarers and shipping companies across Europe”, said Pia E. Voss, Executive Director of the Danish Shipowners’ Association and spokesperson for ECSA in the Maritime Social Dialogue.

Mark Dickinson, spokesman of the ETF added: “The adoption of the agreement in trialogue marks a very positive outcome that will ensure that the exclusion of seafarers from some key employment and social rights is removed and seafarers can enjoy their right to protection, information and consultation and their right to fair and just working conditions”.

The Commission’s directive, as amended by the European Parliament and the Council of Ministers, will make some key EU Directives applicable to merchant shipping in all EU Member States, notably the Directives on information and consultation of employees in the EU, on the establishment of European Works’ Councils for the purposes of informing and consulting employees, on collective redundancies and on the safeguarding of employees’ rights in the event of a transfer of undertakings.

Philippines: Many Seafarers Still Missing After A Month Of Typhoon Odette
India Pleads For Release Of Seafarers On Board Vessel Hijacked By Houthis
Fresh Quarantine Program Launched For Seafarers To Combat Omicron Crew Crunch
A Gift Of Free Connectivity To Seafarers Worldwide This Holiday Season