You are here: Home › Shipping News › Cruise Season 2019 Kicks-Off In Port Of Kiel With Call By AIDAcara
TwitterFacebookLinkedInPinterestBuffer

The call by the cruise vessel “AIDAcara” on Sunday, 7th April, marks the beginning of Kiel’s cruise season 2019. Dr Dirk Claus, Managing Director at PORT OF KIEL (SEEHAFEN KIEL GmbH & Co. KG: “The upcoming cruise season will be very exciting and we will welcome a lot of new ships to Kiel. The second and new terminal building at the Ostseekai is presently under construction and we are working on the implementation of the onshore power project.”

The port is currently investing about 30 million Euros in the cruise sector. Half of this amount is dedicated to sustainability measures. To that effect, the construction of the commercial port’s first onshore power supply plant at the Norwegenkai Terminal is on the finishing straight. The facility will be inaugurated this spring.

The Ostseekai Cruise Terminal and the Schwedenkai Ferry Terminal will both be equipped with onshore power supply plants as well next year. This innovative project has been tendered just recently. Dirk Claus: “We expect to supply 70 to 80 cruise vessels with onshore power at the Ostseekai Terminal during the first full operating year. This represents half of the overall cruise calls at our city terminals.” 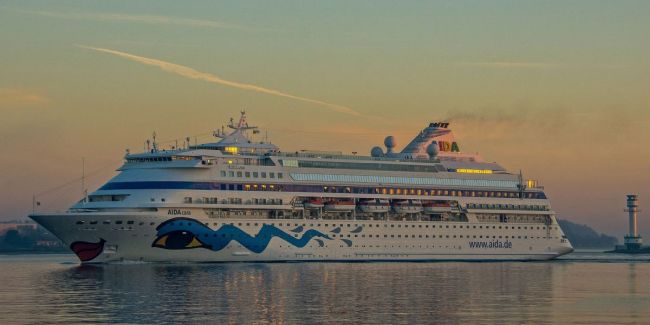 Kiel expects numerous highlights this season and a new record in terms of tonnage. After the new vessel “Mein Schiff 2” has already been handed over by the Meyer Turku Shipyard to the shipping company of TUI Cruises at the Ostseekai at the beginning of the year, another six maiden calls are envisaged for the season.

The vessels “Nieuw Statendam” of Holland America Line, the “AIDAprima” as well as the expedition ship “World Explorer” will visit Kiel for the very first time amongst others. The most frequent guests will be the vessels of the shipping companies of AIDA, TUI Cruises, MSC and Costa that use Kiel for passenger turnaround.

Dirk Claus: “I am very happy that Costa is again doubling the number of its cruises starting in Kiel this year.” The largest vessel of the season is the “MSC Meraviglia” (171,600 GT) which sets a new record in terms of tonnage on the fjord. With this ship, MSC is offering 22 voyages across Northern Europe starting from Ostuferhafen.

The peak of the season will be on 17th August when in addition to the large ferries to Scandinavia there will be no less than four ocean-going cruise vessels in port at the same time, namely the “AIDAprima”, the “AIDAluna”, the “Vasco da Gama” and the “MSC Meraviglia”. A total of 179 visits (2018: 169) by 33 different cruise vessels have been registered in Kiel for 2019. The overall tonnage rises to more than 15 million GT (2018: 11.5 million GT) and the number of passengers is expected to clearly exceed 600,000.

NEW OSTSEEKAI TERMINAL BUILDING TO BE INAUGURATED IN SUMMER

In order to continue to offer the first-class service to the ever-growing number of passengers also in the future, a second modern terminal building is currently under construction at the Ostseekai, which abuts the northern side of the existing terminal building. The works have begun with the ceremonial laying of the foundation stone at the end of October 2018 and will continue on until summer 2019.

Dirk Claus: “Even though we are not precisely meeting our rather ambitious schedule, we are still very well prepared for the season.” The check-in service at Berth 28 will take place using a tent system which is currently being assembled. As the construction works at the new building progresses, the gangway will connect the northern berth to the existing terminal again.

The new terminal will then be taken into operation during the middle of the season. The winter months were also leveraged to extend the scour protection and to establish a consistent water depth at the Ostseekai berths. Furthermore, the sheet piling wall of Berth 28 will receive a coating in the area of fluctuating water levels, a concrete beam will be inserted and the fenders will be revised. At Ostuferhafen, the port apron is being expanded in the meantime and Shed 7 will be integrated into the passenger handling processes for “MSC Meraviglia” as of 27th April.

SEA TOURISM IS OF GROWING IMPORTANCE FOR THE LOCAL ECONOMY

The sea tourism sector continuously increases its economic importance for the State Capital City of Schleswig-Holstein. More than 2.2 million passengers are expected to board or leave a ferry or cruise vessel in the port of Kiel this year.

Dirk Claus: “We are strengthening our position as one of the leading ports of origin and destination and what’s more, international guests also visit us more often during ongoing cruises.” According to the recently published study, passengers already generated a turnover of about 68 million Euros in Kiel in 2017. The total consumer spending of the ferry passengers of the port of Kiel amounts to more than 53 million Euros.

Another 15 million Euros are added to that by cruise passengers’ and crews’ expenditure. More than 100,000 overnight stays in local hotels are booked by passengers for the time right before or after their cruise. The average consumer spending of one passenger beginning his or her cruise in Kiel amounts to about 48 Euros. About half of the daytime visitors arriving in Kiel by cruise ship go on organised shore excursions, another 40 % make individual excursions. In addition to the excursion costs, every stop-over passenger spends 20 Euros on average in the region.

Last year, an emission measurement study was conducted in the port of Kiel of which the results are now available. Dirk Claus: “The report shows that the vessel emissions are scarcely detectable and merge into the background pollution levels. During the cruise season, the emis-sion values are even lower than those detected during the winter months where there are no cruise ships in port. All regulatory threshold values are complied with at all times.”

The emission measurement study started at the beginning of April 2018 and lasted until the end of the year. At the two points of measurement on “Hegewischstraße” and at the University of Applied Sciences Kiel particulate matter PM10 was sampled on a daily basis by means of a reference method and was then gravimetrically analysed. On “Hegewischstraße” also PM 2.5 was sampled and analysed in the same way. In addition, the levels of nitrogen oxides (NO2) were determined with passive collectors at both locations. The examined parameters were lower than the regulatory threshold values of the 39th Federal Immission Protection Regulation (BImSchV) at all points of measurement.

Regarding the airborne particles PM 10, the municipal background pollution measured at the reference station “Bremerskamp” amounted to 15 µg/m³ (annual limit value: 40µg/m³). The pollution values at both monitoring points of the port did not differ from the municipal background. The permitted regulatory thresholds were not exceeded on any day. The results for PM 2.5 are similar.

The average annual value measured was 8.1 µg/m³ (limit value: 25 µg/m³) which is also in the range of the background pollution level. Similarly, the nitrogen dioxide pollution at the points of measurement safely remains well below the threshold value (40 µg/m³). On “Hegewischstraße” an average NO2 level of 21.3 µg/m³ was measured which is to be classed as being one of the higher values of the municipal background pollution.

Around the University of Applied Sciences the pollution measured lay at 15.8 µg/m³ which is of a similar dimension to that taken at the reference point of measurement at “Bremerskamp” (14 µg/m³).