A bulk carrier was at berth in preparation for drydocking. During the daily safety meeting the superintendent informed everyone that the ship’s bucket grabs were to be taken ashore. The grabs weigh 10 tonnes each and are more than 4 metres high. A risk assessment of the operation had been done beforehand; the plan was to land the grabs in the open position onto a trailer on the quay.

On the quay were two cadets, an officer, two ABs and the vessel’s superintendent. The two cadets had been instructed to help only if specifically instructed, while the ABs were to remove the wires when the grab was safely secured on the trailer. 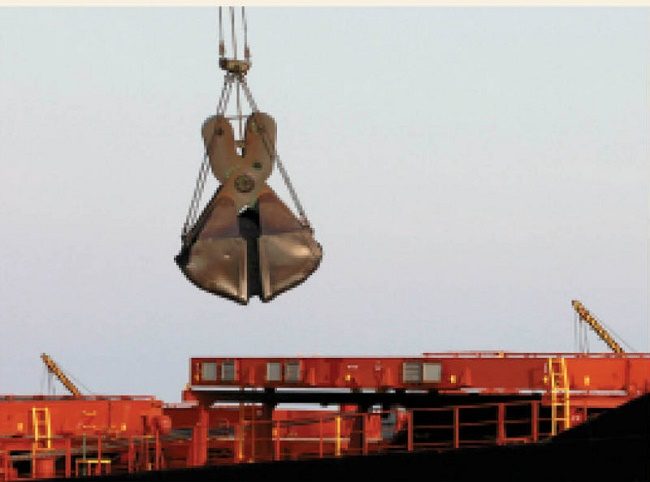 The bucket was closed, then lifted and swung to stow the bucket in an athwartship direction. Once the grab was on the trailer and apparently stable, the cadet, unseen by the others as they were preoccupied at other tasks, once again climbed up on the grab to release the two hoisting wires from the crane. Once he removed the hoist from the grab, the cadet released his safety harness to descend, securing a rope to the top of the grab instead to assist him while climbing down.

Although the grab appeared to be stable it was in fact slightly top heavy in the closed position. As the cadet was climbing down the rope, the grab suddenly shifted, falling into the water, and dragging the cadet with it. A lifebuoy was thrown in the water and the cadet retrieved. He was later diagnosed with serious injuries and internal bleeding.

Study: Much Of The Surface Ocean Will Shift In Color By End Of 21st Century

Australia And Japan Develop Safety Standards For Shipping Liquid Hydrogen
Want to share your tips and advice? Got questions? Visit the community forum to ask questions, get answers, meet people, and share your tips!