“This is a proud moment for Abu Dhabi Ports and its employees who have always worked hard to excel in the industry. The awards will further inspire us to contribute more for the development of the maritime sector,” said Captain Al Shamisi. 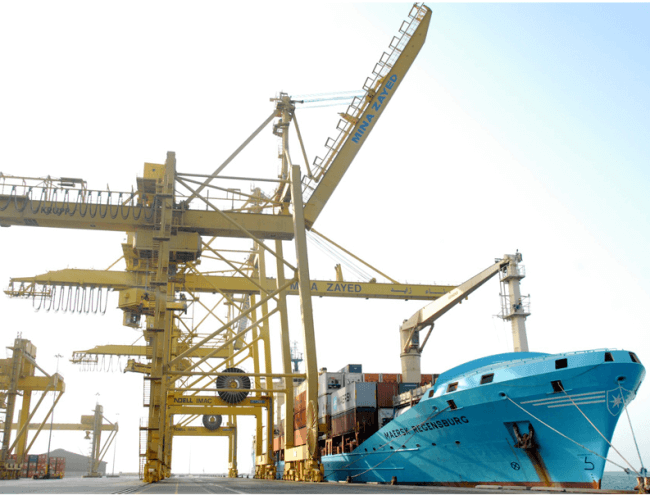 The Regional Development Award honoured Captain Al Shamisi for his significant role in the development of maritime industry. His leadership in Abu Dhabi Ports, the enabler of maritime business in the Emirate, has helped achieve many milestones. The flagship of Abu Dhabi Ports, Khalifa Port, has been rated as one of the fastest growing container ports in the world, with year-on-year business growth. Abu Dhabi Ports’ priority in innovation and modern infrastructure helps it offer world-class maritime services at the commercial ports across the Emirate. The projects like the brand new port community system, Maqta Gateway, which offers a single point-of-contact and real-time information to the maritime industry, is one of the major steps taken by Abu Dhabi Ports in the direction towards innovative excellence.

The Regional Cruise Development Award has acknowledged the rapid expansion of Abu Dhabi’s cruise industry spearheaded by Abu Dhabi Ports. Increasing number of cruise passengers visiting Abu Dhabi, and an upcoming cruise terminal at Zayed Port by the end of this year, will further elevate Abu Dhabi’s standing as a leading winter-sun cruise destination on the regional cruise tourism map.

Introduced in 2003, the annual Seatrade Awards programme is widely recognised as the region’s premier maritime awards. Captain Al Shamisi had won the Young Personality of the Year in 2012 and Abu Dhabi Ports had bagged the Environmental Protection award in 2010.