When people start to get carried away on the subject of autonomous shipping, Eero Lehtovaara, Head of Regulatory Affairs at ABB Marine & Ports, likes to bring the conversation back down to earth: an autonomous vessel is not necessary unmanned but an unmanned vessel is, by default, autonomous to a high degree.

One of Lehtovaara’s main areas of focus is regulations governing responsibility for a ship, onboard and on shore. That places him squarely in the middle of the current discourse on unmanned ships.

Together with his ABB Marine & Ports colleague Dr. Kalevi Tervo, Lehtovaara recently published a white paper titled “B0 – a conditionally and periodically unmanned bridge” where “B0” stands for “Bridge zero”. The “bridge zero” concept is decidedly not about unmanned shipping, but rather using digital and connected technology to enhance crew performance and optimize the human presence on board. 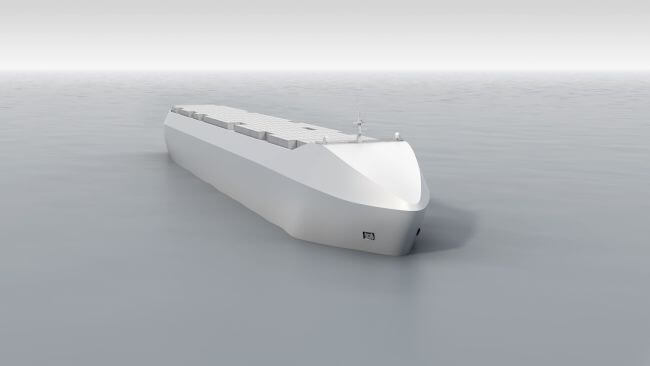 “B0 is the first realistic way of designing a partly autonomous vessel,” Lehtovaara says. “The publicity generated by the unmanned or autonomous discussion is good for drawing attention to the subject, but truly unmanned shipping is not within realistic range right now, and may never be. That being said, there are varying degrees of autonomy, and some can be explored and implemented today.”

The degrees he refers to can be divided into three basic and distinct categories:

“We recognize all three, but we have to start simple and move up the scale,” Lehtovaara says. “In open water, the crew could manage their working hours in a different way than today if they were not obliged to stand watch on the bridge. They could avoid boredom and fatigue, and at the same time tend to other practical tasks, while autonomous systems keep the ship on course and watch for potential danger.”

All use of advanced technology, Earthy observes, must be preceded by consideration of how people are going to use it. “Technology never does everything, or at least not as well as anticipated. You can’t assume reliability, and it will take time to resolve issues related to autonomy, particularly regarding safety.” For now, he says, not all the necessary parameters are in place. Not least, he reminds: “Ships are still designed to have humans on board.”

And that is not necessarily a bad thing. “In general, humans make things safer at sea. Ninety-eight percent of the time human problem-solving is successful,” Earthy says. He argues that technology, employed optimally, will enhance and augment human capabilities: “Good human-machine parings give a good return on investment by making humans better, not by removing them.”

Lehtovaara emphasizes that such practical solutions are also within reach. “The classification societies are currently reviewing the technology and the principles, and they are of the opinion that B0 is doable now, but still requires testing. Once B0 is operational, our knowledge of unmanned operations will increase exponentially, moving us closer to the next step. By not removing the captain from a ship, the periodically unmanned bridge concept allows us to advance our learning without having to resolve the biggest issue first.”

Not only would many dilemmas associated with automated ship operations be resolved by keeping the crew on board, but also there is no strong economic incentive to remove them. Lehtovaara points out that crew cost is around two percent of total operating costs on large merchant vessels, and as such is not the main driver for the development of unmanned shipping. “There are stronger incentives for digitally enhanced operations than crew cost. If for example, machine-assisted viewing gains acceptance, requirements for line-of-sight from the bridge could be relaxed, and container ships could take more containers. This would provide a direct and immediate business case.”

Taking a look back, Earthy reflects on the lofty nature of the current autonomous discussion. “If you look at maritime technology predictions from five or six years ago, autonomy is barely mentioned. Now a relatively small initiative has everyone emptying their pockets.”

The good thing, he assures, is that the autonomous discussion has raised technology on the agenda in a conservative industry. “Now we need to focus on how to fit it all together. Understanding all the tasks that need to be performed on a ship is the first step toward learning how to do them better.”