A federal appeals court today upheld the U.S. Fish and Wildlife’s designation of more than 120 million acres as critical habitat in Arctic Alaska for imperiled polar bears. The 9th Circuit Court of Appeals ruling reverses a 2013 lower court decision that shot down the habitat designation.

Today’s decision offers polar bears the full protection of critical habit they truly need, according to three environmental groups (the Center for Biological Diversity, Defenders of Wildlife and Greenpeace) that intervened in the case to defend the habitat designation against challenges from oil companies and the state of Alaska.

Without help, scientists predict, more than two-thirds of the world’s polar bears, including all the bears in Alaska, will be gone by 2050. Arctic sea ice — which polar bears depend on for hunting and raising their cubs — hit a new record low this January. 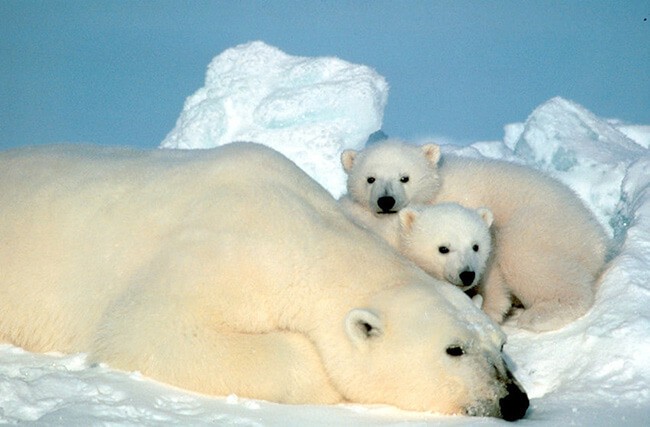 “This is a critical victory for polar bears at a time when there’s huge momentum on fighting climate change,” said Kassie Siegel, a Center attorney who filed the original legal petition that gained Endangered Species Act protection for the bear. “The ruling strengthens the Endangered Species Act and affirms the commonsense idea that you can’t protect imperiled animals without protecting the places they live. This decision gives polar bears some breathing room, but President Obama and other leaders still have to move fast to leave dirty fossil fuels in the ground to provide this species and so many others a true shot at survival.”

The Alaska Oil and Gas Association and the state of Alaska had challenged the Interior Department’s 2010 critical habitat designation — which amounts to some 187,000 square miles of sea ice, barrier islands and coastal areas in Alaska. The plaintiffs complained that the protections for polar bear habitat will be an impediment to oil drilling in the Arctic. The Endangered Species Act prohibits federal agencies from authorizing activities that will destroy or harm a listed species’ critical habitat.

“Critical habitat designation is so important to the survival and recovery of polar bears, which are struggling to survive as their habitat is melting from beneath their feet. The court’s decision to reinstate this crucial protection will help ensure that federal actions will not add to the polar bear’s plight,” said Jason Rylander, a senior attorney with Defenders of Wildlife.

Despite protecting great swaths of the Arctic Ocean as polar bear habitat, the Department of the Interior has moved forward with plans to allow oil companies to drill in that habitat.

Royal Dutch Shell announced last year that it was ending its Arctic offshore oil exploration “for the foreseeable future,” but the Obama administration still plans to offer lease sales in sensitive waters off Alaska.

“Polar bears are a keystone species of climate change impacts and we are glad to see the court recognize that the federal government was acting appropriately to protect them,” said Greenpeace Arctic campaign specialist John Deans. “However, this important species will only truly be protected if it means that these sensitive areas will be properly safeguarded from oil and gas development and coupled with strong policies to combat climate change.”