Single point mooring (SPM) is a floating buoy/jetty anchored offshore to allow handling of liquid cargo such as petroleum products for tanker ships. SPM is mainly used in areas where a dedicated facility for loading or unloading liquid cargo is not available. Located at a distance of several kilometers from the shore-facility and connected using sub-sea and sub-oil pipelines, these single point mooring (SPM) facilities can even handle vessels of massive capacity such as VLCC.

Single point mooring (SPM) serves as a link between the shore-facilities and the tankers for loading or off-loading liquid and gas cargo. Some of the major benefits of using SPM are: 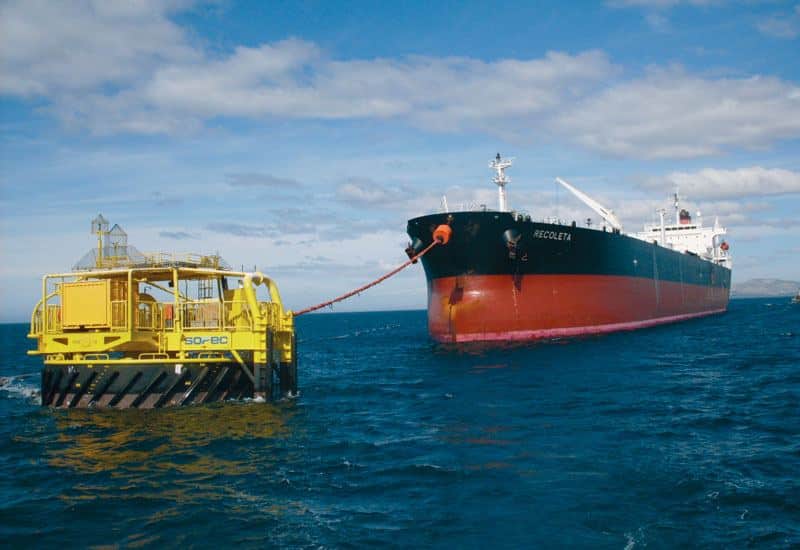 The offshore-anchored loading buoy is divided into different parts having dedicated functionality.

Mooring and anchoring system, buoy body and product transfer system are the main parts of the SPM. 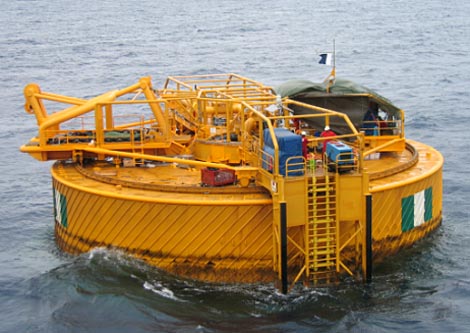 The SPM is moored to the seabed using mooring arrangement which includes anchors, anchor chains, chain stoppers etc. The mooring arrangement is such that it permits the buoy to move freely within defined limits, considering wind, waves, current, and tanker ship conditions. The buoy is anchored to the seabed using anchor chains (legs) which are attached to the anchor point (gravity based or piled) on the seabed. Chain stoppers are used to connect the chains to the buoy. 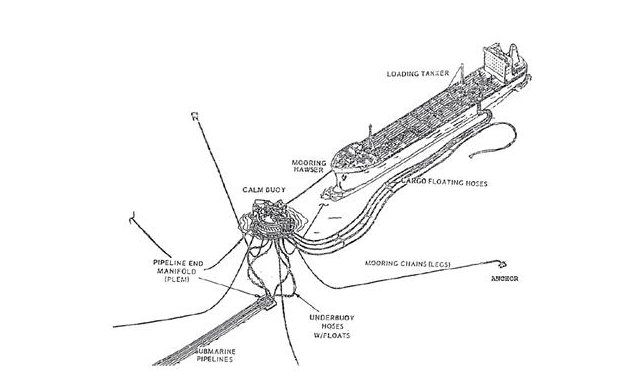 The part of the Single Point Mooring System (buoy body) which is floating above the water has a rotating part which connects to the tanker. The rotating part allows the tanker to get stable at its desired position around the buoy. The tanker is usually moored to the buoy by means of a hawser arrangement, which consists of nylon or polyester ropes shacked to an integrated hook on the buoy deck. Chafe chains are connected at the tanker end of the hawser to prevent damage from tanker fairlead. The mooring systems used for such offshore operations follow the standards put forth by Oil Companies International Marine Forum (OCIMF). 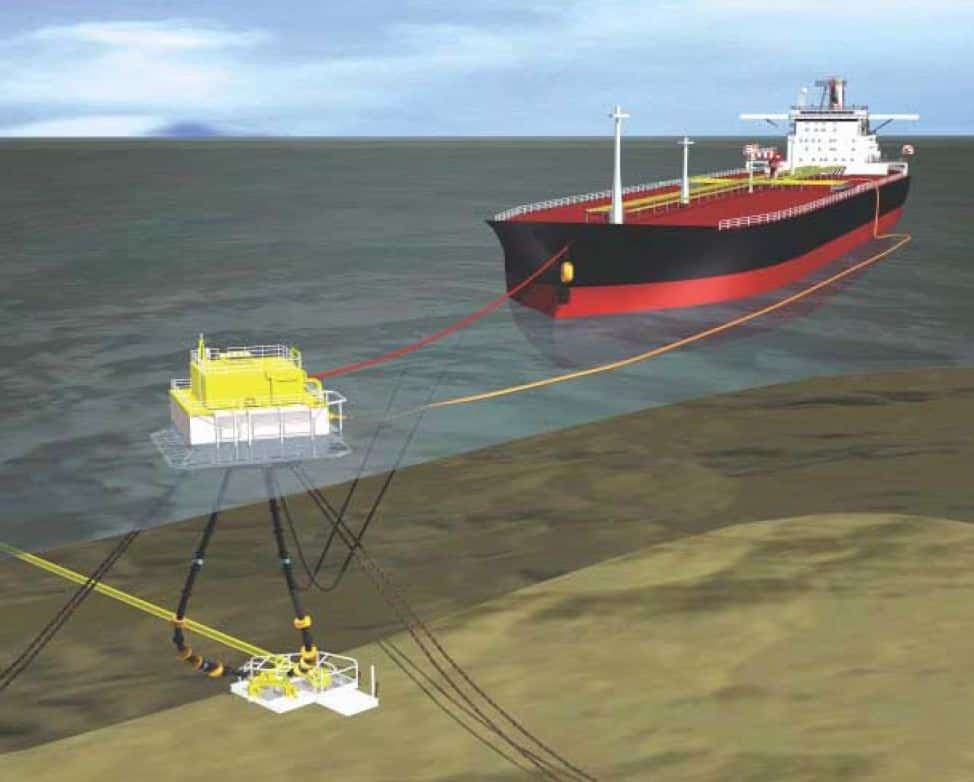 The product transfer system is located at the heart of the mooring buoy. The system transfers products to the tanker from the Pipeline End and Manifold (PLEM) (geostatic location) located on the seabed. Flexible hoses known as risers connect the subsea pipelines to the buoy’s product transfer system. The buoy is connected to the tankers using floating hose strings, which are provided with breakaway couplings ( A special type of coupling with a break point which will break at a predetermined break load, activating internals valves which will automatically close at both ends and prevent further release of products.) to prevent oil spills.

Single Point Mooring Systems use a swivel system which connects the Pipeline End and Manifold (PLEM) to the buoy. The product swivel system provides flexibility of movement to the tankers during transfer of products. This movable pipe-connection system prevents premature hose failure due to traction or bending stresses.

Single Point Mooring Maintenance and Operations Guide sets out guidelines for operators of SPM terminals and provides a framework and set of procedures that are based on the extensive experience of several companies. It primarily deals with the two most common types of SPM, the CALM (Catenary Anchor Leg Mooring) and the SALM (Single Anchor Leg Mooring).

You may also like to read – How Subsea Components Of ROV Sustain Tremendous Seawater Pressure?

6 Common Mooring Methods Used For Ships
What is Mediterranean Mooring of Ships?