Sea trials of a newly built ship are important to ensure the overall safety of the ship, the crew and the cargo.

Now suppose that you give a million-dollar contract to a shipyard for building a luxury cruise liner. You’ve already stated your requirements (such as speed required, fuel oil consumption, no. of passengers etc) as technical specifications mentioned in the contract.

Well, as the owner of such a vessel you surely would expect that the final delivered vessel conforms to the corresponding requirements mentioned in the contract else your feasibility study of making profits would fail and you’ll spend the rest of your life trying to repay the million dollar loan to the banks.

Apart from being the ultimate sufferer of such a failed business venture, there’s loss in it for the shipyards also as they have to pay you extortionate amounts of money as penalties covered under various guarantees.

10% of the total contract amount is yet to be paid to the shipyard after successful delivery of the vessel and in case of any faults, the penalties will take the form of a deduction from the same.

A question commonly arises as to at what stage will an owner come to know that his ship is not conforming to the technical specifications or the rules and regulations of approving classification society?

Will it be after the faulty ship is handed over to the owner and his crew will inform him? Or will it be before the delivery of the vessel?

Well, to answer that very question is the foundation of this article.

It’s customary to launch a ship in the most grandiose manner. It then becomes the responsibility of the shipyard to let that moment of happiness prevail until the final delivery and that’s when they perform some crucial tests at sea (a.k.a sea trials).

Every shipyard after constructing and launching a vessel performs a set of tests to ensure that all systems of the vessel meet the corresponding requirements assigned by the owner under the contract and at the same time conform to the rules and regulations of the approving classification society.

This series of tests are clubbed under the heading Sea trials which simply imply trials carried out at the sea after final outfitting and launching of the vessel just before delivery.

In this article, we’ve discussed 10 important tests to be carried out during sea trials

Draft is an important matter of concern for any ship as it shapes and regulates a number of ship hydrostatic and hydrodynamic parameters.

Before measuring the draft of the ship, it’s imperative to measure the density of water in which the ship ought to be floating and hence the specific gravity of seawater is measured. 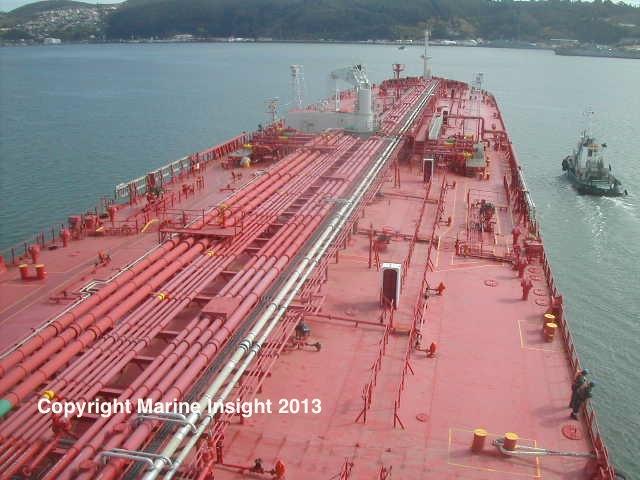 Accordingly, the draft is measured in that fluid (same water) and in case the ship is not floating at the required draft it is corrected since the very purpose of speed trials is to prove guaranteed speed at a particular draft.

Ship Anchor plays an important part in keeping a vessel stationary as per the requirement such as in ports and harbours. It’s imperative for a vessel’s position to become dynamically stable to prevent any mishap such as collision with other nearby vessels in port. Hence, the anchor test is performed to check the functioning of the entire anchoring mechanism. 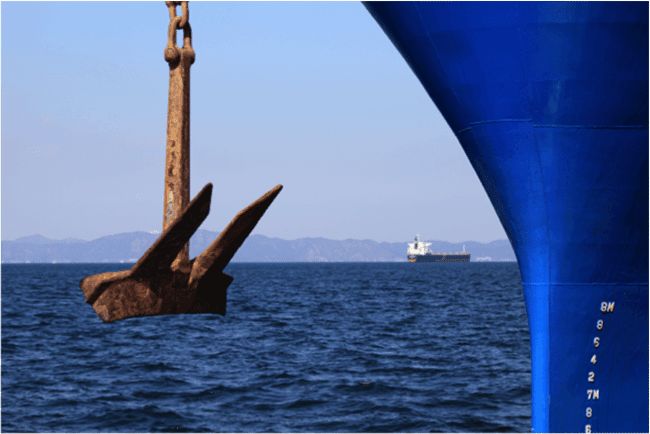 The following are the points outlining the test procedure and requirements during sea trial:

Imagine a situation where a ship’s manoeuvrability has been compromised due to malfunctioning of the steering gear. The following points shed light on the test procedure and the necessary requirements for the same. 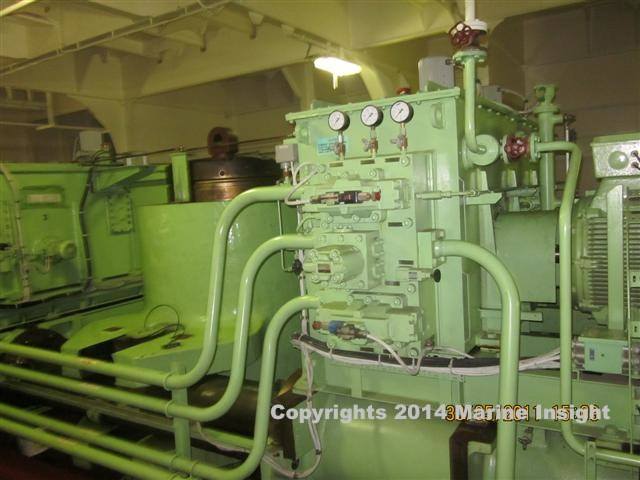 Image For Representation Purpose Only

Emergency Steering Test- This test is performed when the vessel is moving at half ahead speed and the steering gear draws emergency power from the emergency D.A(Diesel Alternator) Set.

The driving and prime component of a ship on failure can make even the most experienced sailors and engineers worried and hence almost 9 measurements are taken while testing the main engine during sea trials. 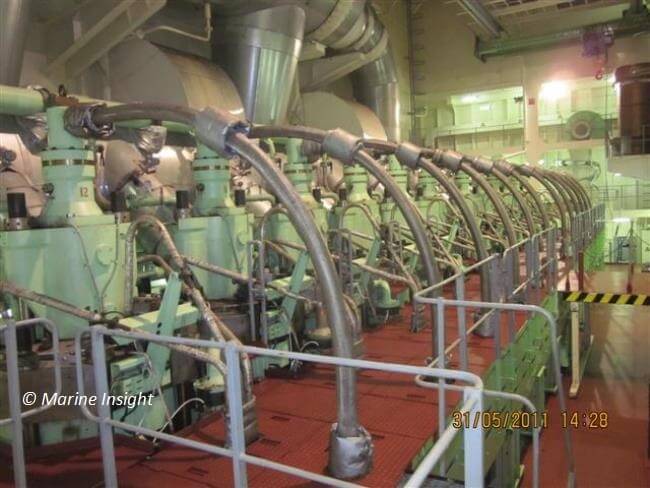 The main engine should be run for 6 straight hours at full rated r.p.m in order to test its performance at full load. For the initial 1-2 hours, the engine is run on Light Diesel Oil (LDO) and for 3-4 hours on Heavy Fuel Oil (HFO) and lastly again for 1-2 hours on LDO. This is done in order to check the changeover process from HFO to LDO.

The following are the measurements recorded during this test.

Suppose the owner cited a speed requirement of 15 knots. But the vessel is operating at a speed of 16 knots at the required draft. What happens next is a penalty imposed on the shipyard. However, there is a grace margin of 0.3 knots above which for every 0.1 knots the penalty increases.

As mentioned under the draft requirement heading,  speed trials are carried out to check the speed of the vessel at the required draft as per the contract.

In this test, the stopping ability of a vessel is assessed. 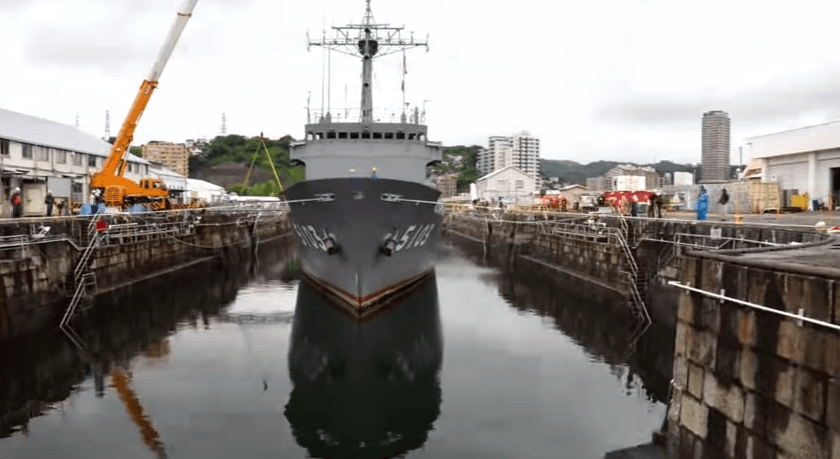 This test is carried out to measure the diameter of the circular path which the vessel starts to traverse as soon as the rudder is put hard to port or hard to starboard. The vessel is run to complete one circle. The diameter of the completed circle is measured using GPS. 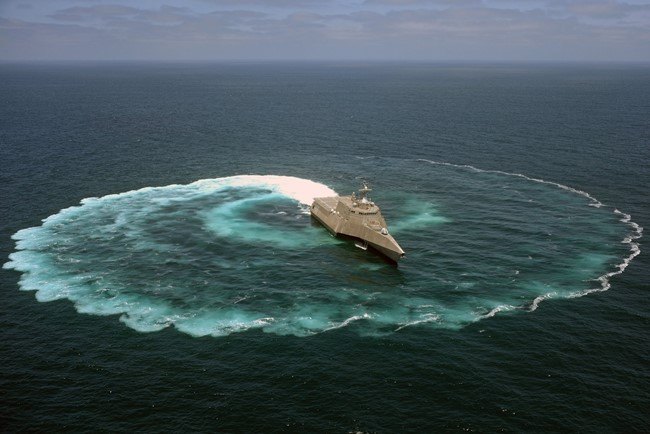 Operation of equipment such as RADAR, communication systems etc. are also checked during sea trials. 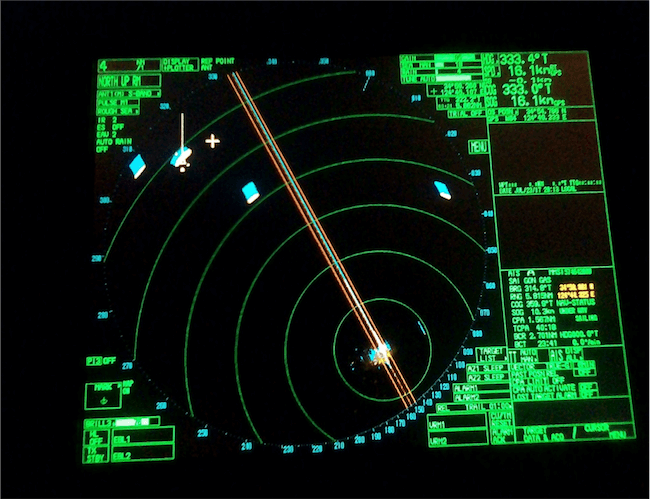 This test is aptly called ‘blackout test’ as there is a complete blackout on board a ship. This happens as during this test all the main generators (typically 3 in number) are shut down and the automatic starting of Emergency Diesel Alternator (D.A) set is observed. As per rule, the emergency D.A set should come online within a time span of 45 seconds. 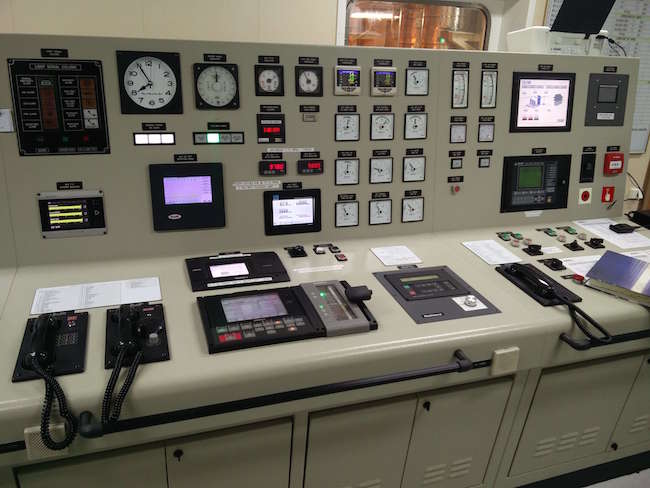 When this happens the shipyard personnel work to make the vessel suitable up to the satisfaction of the owner as per the contract to prevent or minimise any deduction in that 10% contract amount, we talked about earlier (which is released post successful delivery of the vessel).

Sea trials are what actually put a vessel to test and must be carried out diligently in a punctilious manner with every concerned person present on board to assess and record the measurements and at the same time try to identify the cause of any malfunctioning. It wouldn’t be an exaggeration to say that these tests once conducted and analysed help make a ship safer as well as allowing it to sail smoothly by conforming to all rules and regulations of the classification societies.

Hope you liked going through it. Do let us know your views in the comments below!