You are here: Home › Maritime Law › What is Wharfage Charge?
TwitterFacebookLinkedInPinterestBuffer

Wharfage charge is a term that often raises questions among shippers. This could be so because it is sometimes shown separately in the invoice to the shipper and sometimes it does not appear at all.

So, who issues wharfage charges, and what is it for?

The answer to the next question is that it is the fees for using the infrastructure and equipment at the wharf belonging to the terminal operator while shipping goods by a sea vessel.

Cargo vessels and boats need a place where they can safely load and unload cargo. Passengers need to embark and disembark from passenger ships.

Wharves and quays are man-made structures, usually fixed platforms, built onshore where ships and boats can berth or dock for the safe loading and unloading of cargo or embarkation and disembarkation of the passengers.

They provide a kind of landing for ocean-going vessels such as boats and ships. A wharf or a quay may also be known as a dock in certain countries. Vessels are usually berthed parallel to the wharf.

Ships use wharves when they have to undergo maintenance or repairs. In some cases, ships are refuelled from dedicated refuelling wharves.

Modern floating wharves are platforms built on pontoons or floating structures. This helps to keep the wharf level with a shipping vessel during high tide or low tide.

A wharf will normally have transit sheds for keeping cargo, structures such as bollards for mooring the vessel, cranes for lifting heavy cargo and containers, derricks, rail tracks if the port is connected to the nearest railway cargo station, etc.

Wharfage charges could be more if the vessel is berthed close to the shore or other facilities.

A jetty is built to stretch from land into the waterbody like an arm. It is normally used to berth small vessels. Another purpose of building a jetty is for protection from strong waves.

Wharfage charge is applicable at the port of origin (outbound cargo) as well as the destination port (inbound cargo). Any cargo that passes through a port for loading on board an ocean vessel or after unloading from a ship, is subject to a wharfage charge.

The cargo could have been brought to the terminal for shipping by an exporter or it might have arrived by sea to be taken away by the importer using any other mode of transport, it could be either road or rail.

Wharfage does not include any other services charges and is only for the use of a wharf. The wharfage charge is usually fixed for a year and published by the port terminal operator.

It is calculated based on the weight of the cargo (in tons) or its volume (in cubic meters), whichever is greater. In certain cases, it is charged per unit.

Wharfage charge is also referred to as cargo dues. It may or may not appear in the invoice to the shipper from the terminal operator. If it is not shown separately, then it means the charge is aggregated with the terminal handling charge or THC.

The terminal handling charge is a collection of charges for using the terminal operator’s property and equipment for shipping goods from one port to another.

The charge includes stevedoring and it may also include wharfage. Sometimes the wharfage charge is included in the base freight rate.

The custom of including wharfage in the terminal handling charge or showing it separately varies between ports and terminal operators.

Some common terms associated with wharfage charge that will help to understand the term better are given below.

These are separate terminals with the appropriate infrastructure and equipment to handle the specific vessel and the type of cargo. Therefore, a port is a collection of different terminals usually located at one site.

Port terminal operators are generally grouped according to their specializations such as stevedores, shipping companies, and financial holdings.

Some shipping companies have diversified from their core activity of shipping to port terminal operations. The APM terminals that run several ports worldwide is an example.

Financial holdings are financial consortiums or sovereign wealth funds. Such companies that have diversified into global port terminal operations manage the running of several ports in the world.

DP World (Dubai Ports World) is an example and the world’s largest terminal operator. The general business model of financial holdings in running terminal operations is by letting an existing operator run the operations while managing them on a macro level.

The word stevedoring comes from stevedores. It is a word that is synonymous with wharves. Stevedores are labourers who are engaged in the loading and unloading of goods to and from ships.

They may also be required to arrange the cargo on board a cargo vessel in their allotted spaces and lash them securely and safely. Stevedores help with the many tasks of berthing or unberthing a vessel.

Ocean vessels need a place to dock for loading and unloading of cargo, etc. The process of making arrangements for the proper docking of a ship is called berthing.

Ports have specialized teams that prepare berthing plans well in advance based on the schedule of vessels received by them. A schedule normally shows the expected arrival date and time of the vessel to the port and its expected date of departure and time from the port. It would also show the type of cargo that is carried in the vessel, unloading and loading plan, or whether a passenger ship, etc.

A typical berthing plan includes all the arrangements for the docking of a vessel with regard to the required infrastructure, equipment, and other services while the ship is in port.

In preparing a berthing plan, the port takes into account all contingencies and the remedial measures to counter these contingencies. Thus, the berthing plan is an ever-evolving and dynamic plan for the successful berthing of each vessel that calls into the port.

Just as with berthing, port terminals also have appropriate plans and arrangements in place for the unberthing of a vessel on its scheduled departure date.

Port dues are charged on all vessels entering the port. This is a charge that is based on the tonnage of the vessel and is calculated from the time it enters the port till the time it sails out.

It is charged for services such as pilotage and tugboat charges, sanitation facilities, anchorage facilities, etc. Port dues may or may not include tonnage dues. 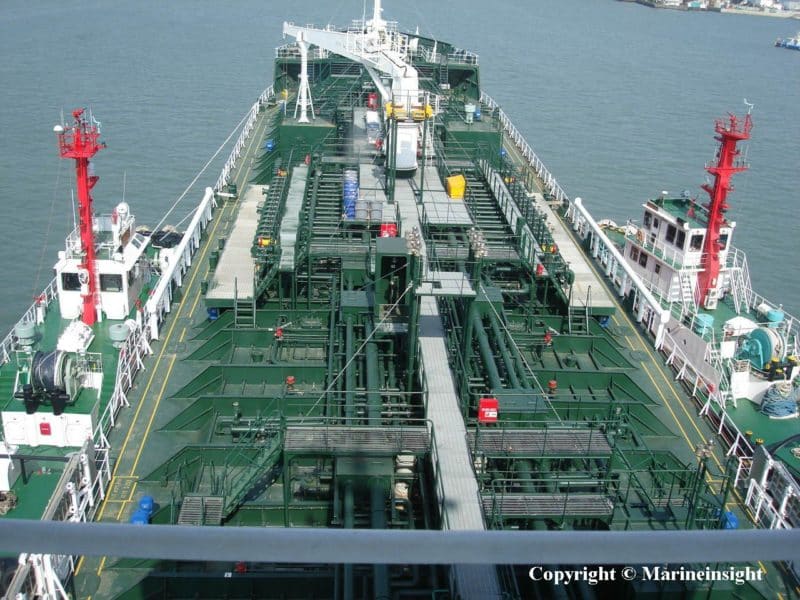 Another fee that is charged for each vessel entering a port, based on its tonnage, is the tonnage due.

Revenue generated from tonnage dues collected is normally used for the maintenance and upkeep of the waterways or sea channels, buoys, markers, etc.

What is a Tonnage Certificate?

Tonnage dues charged by a port operator is based on the tonnage of a vessel. A tonnage certificate is issued to each vessel by the International Convention of Tonnage Measurement of Ships (1969). Also known as ICTM, it is a convention that is recognized by the International Maritime Organization (IMO).

The purpose of ICTM is to set up and standardize rules and principles relating to the tonnage of ships measuring over 24 meters in length.

It applies to all such vessels of its member countries. The tonnage certificate of an ocean vessel shows its gross tonnage and net tonnage.

Unlike the port dues or tonnage dues, the wharfage charge is used by the terminal operator towards the maintenance of its infrastructure and equipment on the wharf.

One charge that is often confused with the wharfage charge is demurrage. To set this right, let us see what demurrage is all about. Demurrage is a cost to the importer of a shipment when the pick-up of goods from the port is delayed beyond a certain fixed period.

Exporters may also incur demurrage under certain circumstances when their cargo remains in port without being loaded onboard the vessel it is intended for. Demurrage is the cost as a result of delay within the port that is charged by the ocean carrier to the customer.

On the other hand, the wharfage charge is based on the vessel tonnage that is distributed among the different customers who have their cargo in the vessel.

Demurrage charges are different between carriers, ports, and the type of equipment used – dry or reefer (refrigerated) container.

As with any costing in general, wharfage charges require careful study and application of the cost components. Errors can be costly resulting in huge losses for the port operator.

High wharfage charges can prompt users of the port to seek other ports or cheaper options. In such a case, the volume of cargo will decrease and ships will stop calling at such a port. Some of the important factors to consider while costing wharfage charges are given below.

The period for which the costs would apply has to be decided first by the operator. This is normally for a year.

Facilities and Services to be Charged

All the facilities and services that are provided to the customer has to be taken here and their costs analyzed and included in the costing.

Users of Facilities and Services

The port operator has to identify the users of facilities and services to whom wharfage charges will apply.

What is a constraint in charging a customer or user? A constraint is when the level of benefits from a service is much below the cost of providing it to the customer. Customers can move away when there are too many constraints.

While costing wharfage charge, the base price, the different slabs for charging, types of charges, etc. have to be carefully considered and presented.

Customers have to accept the wharfage charge and this will determine the revenue generated by the port for the specified period.

Other than the wharfage charge and other usual charges from the port terminal operator, there may be some special tariffs that are charged to the user to cover the cost of a one-off operation at the port.

Costs towards dredging, modifications to the storage areas within the port premises, the introduction of special benefits to the stevedores, etc. are examples of such costs.

Understanding the SOC or Shipper-Owned Container
Fumigation Certificate In Shipping – What Is It And How to Get One?
What are Terminal Handling Charges?

What is Drayage in Shipping?